Fifty-nine people in Bulgaria who had tested positive for Covid-19 died in the past 24 hours, bringing the country’s death toll linked to the disease to 7961, according to the January 7 report by the national information system.

The report said that 1002 new cases had been confirmed in the past 24 hours, of which 659 were established by PCR tests and 343 by rapid antigen tests.

To date, 206 392 cases of new coronavirus have been confirmed in Bulgaria, of which 69 642 are active, a decrease of 1080 compared with the figure in the January 6 report.

The national information system said that 2023 people had recovered from the virus in the past 24 hours, bringing the total to 128 789.

Twenty-eight medical personnel tested positive in the past day, bringing the total to date to 9045.

So far, 7913 people in Bulgaria have been vaccinated against Covid-19, including 2465 in the past 24 hours, the national information system report said. 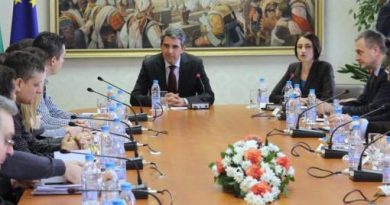