Flights between the United Kingdom and Bulgaria may resume as of noon on December 23, it was decided at a meeting between Bulgarian Prime Minister Boiko Borissov and members of his Cabinet.

Passengers arriving from the UK will undergo antigen tests for new coronavirus and will have to spend 10 days in quarantine.

On Sunday, Bulgaria had banned UK-Bulgaria flights as a response to reports of a new strain of Covid-19 in the UK.

From January 1, a negative PCR test, done no more than 72 hours before arriving in Bulgaria, will be required of travellers arriving in the country.

Borissov ordered the relevant Cabinet ministers to issue the orders necessary so that all Bulgarian citizens who want to return to the country may do so.

He said that if necessary, the government Airbus would be made available to transport Bulgarians home, as it was months ago during the first wave of Covid-19.

Transport Minister Rossen Zhelyazkov said that Bulgaria’s civil aviation administration would issue a note authorising flights from the UK to the airports at Sofia, Plovdiv, Varna and Bourgas.

Foreign Minister Ekaterina Zaharieva said that Bulgaria’s embassy in London had provided assistance to Bulgarian citizens who had been waiting at the border at Dover, providing food and water to those in need there, and have made contact with local authorities in an attempt to alleviate the situation.

Zaharieva said that many Bulgarians are experiencing difficulties in Britain at the moment. “There are a lot of Bulgarians who have left their apartments, whose employment contracts have been terminated, as well as students who, due to the complicated situation there, have been asked to leave their dormitories and who are in a difficult situation and have nowhere to live there.

“We receive hundreds of calls on the emergency phone line, which we opened in March at the situation centre at the Ministry of Foreign Affairs,” she said. 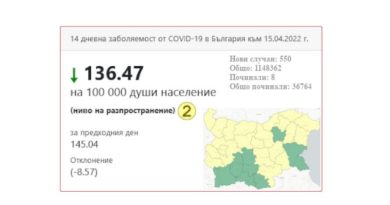 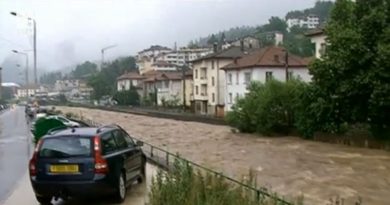