The Bulgarian Union of Medical Assistants and Paramedics said in a post on Facebook that it was withdrawing its confidence in the government and the Minister of Health because of the “short-sighted and chaotic health measures” related to the Covid-19 pandemic situation.

The union said that it had been waiting for three months for Health Minister Kostadin Angelov to reply to a letter requesting a meeting. It called on the government to resign.

In other news related to the Covid-19 situation in Bulgaria on November 16, medics from the National Oncology Hospital in capital city Sofia protested against the opening of a Covid-19 ward at the hospital, according to a report by Bulgarian National Television.

Doctors at the hospital that the two different categories of patients would encounter each other and that this would put oncology patients at risk, the report said.

Separately, BNT reported Health Minister Angelov as telling Prime Minister Boiko Borissov at a November 16 meeting that the strengthening of the hospitals and the provision of the country with all the necessary medicines was continuing.

The number of people recovering from COVID-19 is increasing, with more serious pressure on the health system in district capital cities Sofia, Blagoevgrad, Plovdiv, Bourgas and Shumen, Angelov said.

Angelov said that steps had been taken to increase hospital capacity in Bulgaria’s five largest cities, as well as provide specialists to assist.

He said that all medical institutions will be supplied with the necessary medicines.

The head of Bulgaria’s national operational headquarters against Covid-19, Military Medical Academy head Major-General Ventsislav Mutafchiyski, said that four more clinics for Covid-19 treatment were being opened at the academy.

All those present at the meeting with confirmed their view that self-medicating is absolutely dangerous and people should seek medical help and not use antibiotics indiscriminately. 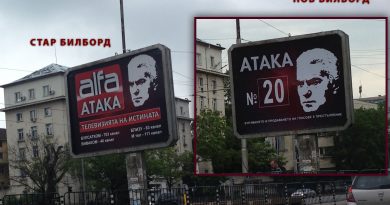