The number of active cases of Covid-19 in Bulgaria and the number of patients in hospital with the virus decreased again in the past 24 hours, according to figures posted on August 15 by the national information system.

The number of active cases fell by 227 in the past day to a total of 4637, according to the national information system data.

The number of patients in hospital decreased by 13 to a total of 811. Fifty-eight are in intensive care.

The death toll among people in Bulgaria who had tested positive for new coronavirus rose by eight in the past day to a total of 492.

The national information system showed that 5934 PCR tests were done in Bulgaria in the past 24 hours. Of these, 174 were positive.

Of the newly-confirmed cases, the largest number was in Bulgaria’s coastal district of Dobrich, 27, followed by the district of Varna, 24, and Plovdiv, 22. 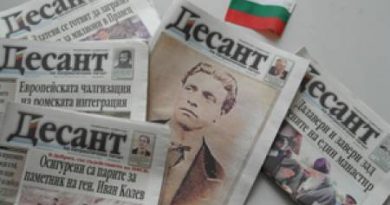