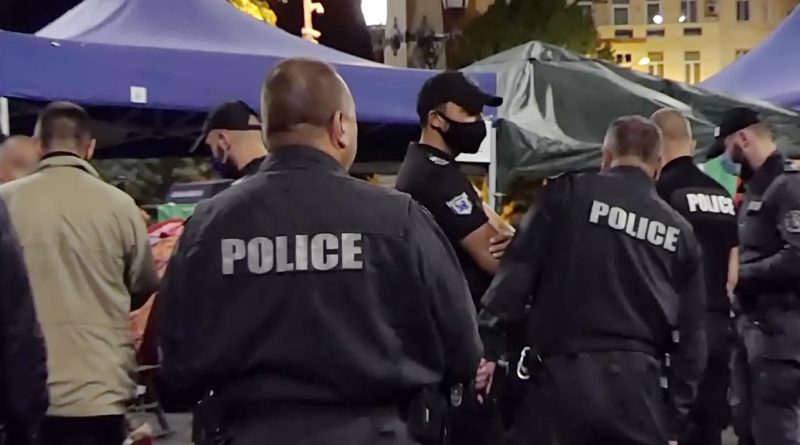 Police in Bulgaria’s capital city Sofia said on August 8 that they would again remove the tent camps set up by anti-government protesters, a day after the tents at key intersections were put back after being taken down by police.

A few hours after the Sofia police statement, a thunderstorm descended on the Bulgarian capital in the mid-evening, sweeping away some of the tents on Nesavisimost Square and outside the Presidency building.

The tent camps remained in place at Eagle Bridge (Orlov Most), in front of Sofia University and near the Presidency building as the nightly protest event, demanding the resignations of Prime Minister Boiko Borissov’s Cabinet and Prosecutor-General Ivan Geshev, began for the 31st consecutive night.

At the Sofia police briefing, the head of the regional directorate of the Interior Ministry, Senior Commissioner Georgi Hadzhiev, alleged that in the early hours of the morning, there had been an unsuccessful attempt to provoke violent confrontation in the capital city.

Hadzhiev said that those involved had broken down or moved equipment, benches and refuse bins and had built barricades.

He alleged that some protesters had stowed stones, paving stones and bottles at Eagle Bridge with the intention of throwing them at police. According to Hadzhiev, the “informal leaders” had instructed women and girls about where to stand to serve as human shields.

There was a group, masked and hooded, of “football fans”, and another who had bats and chains.

“For the police, unlike all these people, this is not a war, he added. Our first and main task is to guarantee the life and health of the citizens of Sofia, including those who protest illegally or openly provoke the police,” he said.

Because of the presence of women and girls, the Sofia police had decided to reduce the police presence and, as it had in the early hours of August 7 when the tent camps were removed, “in appropriate conditions and time to take appropriate peaceful action to restore constitutional order in the capital”. 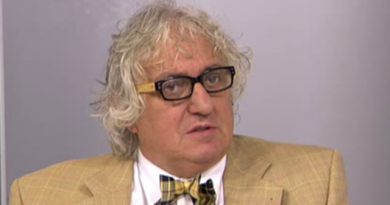