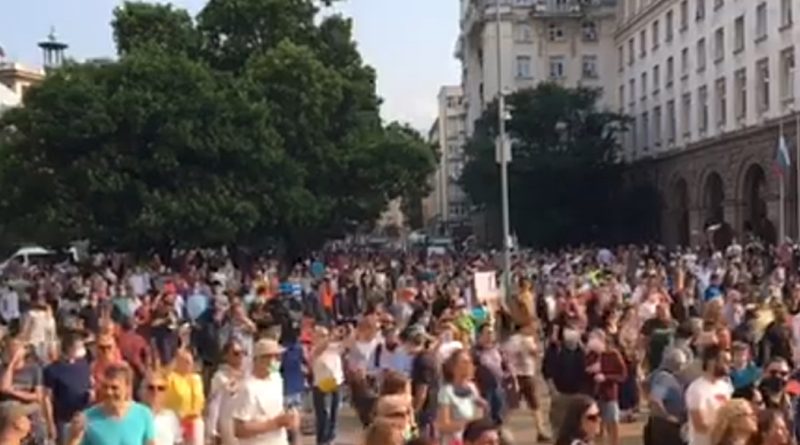 Several thousand Bulgarians turned out on July 12 for the fourth day of protests in Sofia and other cities demanding the resignation of Prime Minister Boiko Borissov’s government and of Prosecutor-General Ivan Geshev.

Among those participating in the protests, which are being held on the theme “save democracy from the boots of those in power”, are those who say they are taking part in defence of socialist-backed President Roumen Radev.

The protests, however, represent general disgruntlement with Bulgaria’s political establishment.

The current series of protests are to be followed by others on similar themes, involving various anti-government political figures.

The July 12 protests saw participants gather outside the Cabinet office, before proceeding along Dondukov, Rakovski and Tsar Osvoboditel boulevards to reach Parliament, which was guarded by a large police cordon. The protesters moved on to Eagle Bridge, then to the Palace of Justice and back the Cabinet building.

At its peak mid-evening, the protest in Sofia was well into five digits and appeared larger than on the previous three nights.

Several hundred participants took part in a protest in Varna, while there were smaller protests in Veliko Turnovo, Kyustendil, Plovdiv, Rousse, Gabrovo and Pleven.

In a video on Facebook on Saturday evening, Borissov said that his government would not resign.