A total of 117 of the 1360 samples tested in Bulgaria in the past 24 hours proved positive, the Health Ministry said on June 21, citing data from the national information system.

The largest number were in the city of Sofia, 30, followed by 19 in Kyustendil, eight in Plovdiv, and seven each in Blagoevgrad, Smolyan and Shoumen.

There were three in Bourgas, four in Varna, five in Vidin, one in Gabrovo, three in Kurdzhali, two in Pazardzhik, one in Pernik, two in Pleven, six in Sliven and three in Stara Zagora.

The total number of confirmed cases of new coronavirus in Bulgaria is 3872, of which 1646 are active. The number of active cases has risen by 92 in the past 24 hours.

A total of 322 patients are in hospital, 13 of them in intensive care.

The number of medical personnel who have tested positive has increased by two to 343.

To date, a total of 116 214 PCR tests have been done in Bulgaria, according to the national information system.

Speaking to Bulgarian National Radio on June 21, Professor Todor Kantardzhiev, head of the National Center for Infectious and Parasitic Diseases and a member of the National Operational Headquarters, described the trends as disturbing.

“In the past eight days we have an increase in positive cases. This worries me. There have been many outbreaks in the country. People become infected due to non-compliance with basic rules, especially not to gather in large and closed places. This will have many negative consequences,” Kantardzhiev said.

“I have overestimated the self-consciousness of our compatriots…I recommend masks in closed public places. Use of disinfectants. Avoiding gatherings of large groups indoors.

“The mask protects…My ray of hope was for people to know what measures to take and how to implement them. If that were the case, we would eradicate the virus and our efforts would be to prevent the virus from being imported,” he said.

He said that the World Health Organization hoped that a vaccine was close, but “my doubts about it are to what extent it will protect against infection and how long it will protect, whether it will not only lead to a milder course of the disease”. 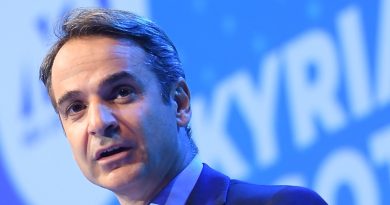