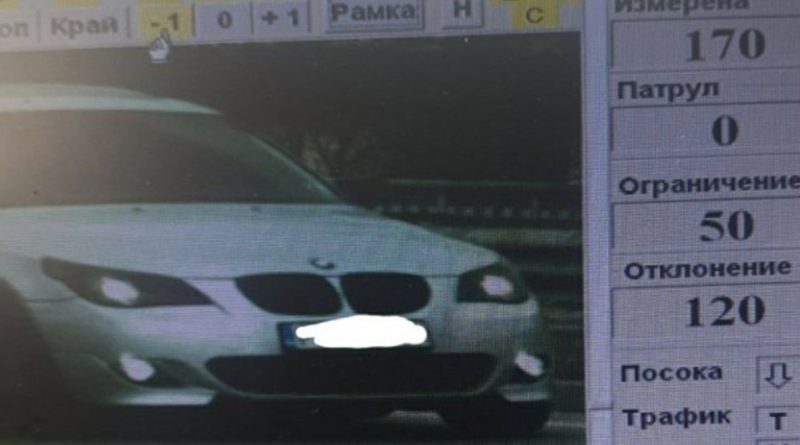 A Traffic Police camera in Bulgaria’s city of Plovdiv snapped a motorist driving at 170km/h in a 50km/h zone on February 11, the Interior Ministry said.

The motorist, who had been driving on one of Plovdiv’s main boulevards, was identified as a 19-year-old man from the nearby town of Assenovgrad.

His driving licence was suspended for three months, his car confiscated and he has been ordered to pay a fine of 1350 leva (about 690 euro).

The Interior Ministry in Plovdiv said that the speeding violation was a new record for the city.

According to official European Union statistics, in recent years Bulgaria has had the second-highest road death rate among EU countries, with speeding a major factor in fatal road accidents.

Covid-19 in Bulgaria: 38 deaths in the past week