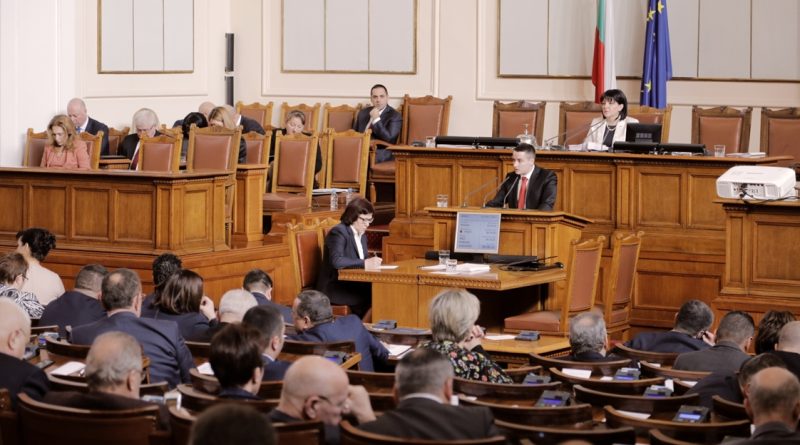 Bulgaria’s National Assembly held a four-hour debate on January 24 on a motion of no confidence in Prime Minister Boiko Borissov’s coalition government on the grounds of what the opposition Bulgarian Socialist Party (BSP) terms the government’s failures in environment and water policy.

The motion will be put to the vote on January 29. The motion of no confidence is the fourth since Borissov’s third government came to power in May 2017.

The motion follows a water crisis lasting more than two months in the town of Pernik, and allegations about illegal imports of waste from other European countries, including Italy.

BSP leader Kornelia Ninova said that the motion was tabled because of the government’s failure to protect the environment and water, which directly endangers the lives and health of Bulgarian citizens.

Ninova said that 500 000 people in Bulgaria were subject to water restrictions and Bulgaria was in first place in dirty air.

Water loss had increased by one percent to 61 per cent over 10 years of GERB government, and the price of water had increased many times over, she said.

Mustafa Karadayi, leader of the Movement for Rights and Freedoms, which has said that it is to vote in favour of the motion of no confidence, said that “today we are in a political disaster, the result of GERB’s rule”.

“The government’s failure in the environment and water is a fact. This is the natural result of a 10-year incompetent government,” he said.

Mladen Shishkov of Borissov’s GERB party said: “We are increasingly witnessing the spread of fake news. We will do our best to answer all the untruths. The worst lie of the opposition – more than 500 000 Bulgarians are subject to water restrictions. A definite lie”.

Pavel Shopov, of Volen Siderov’s Ataka party, said that the motion was the latest attempt to hold early parliamentary elections, and throwing out the government would delay the resolution of many problems. Ataka has not made clear whether or not it will support the motion.

Economy Minister Emil Karanikolov said that in the past month, a workforce had been deployed to Pernik, and the Bulgarian construction chamber had committed to providing experts to help overcome the crisis in the town.

Regional Development Minister Petya Avramova said that an analysis had been carried out using the best experts in the industry. Water losses added up to 58.93 per cent, the result of leaks, theft of water, illegal bypasses and manipulation of water meters.

Environment and Water Minister Emil Dimitrov said he had convened a meeting of the Supreme Consultative Council on Water for January 30.