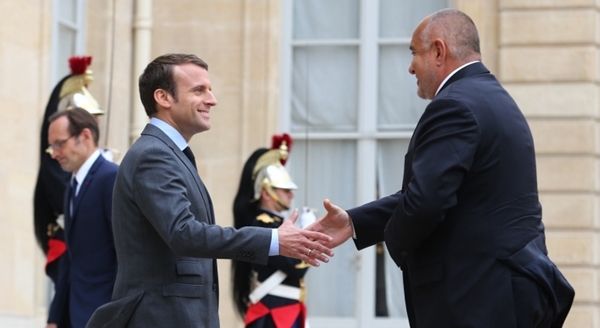 Bulgarian Prime Minister Boiko Borissov said that Emmanuel Macron had contacted him to say that comments attributed to the French President in an interview with ultra-conservative magazine Valeurs Actuelles were not true and “he has never criticised Bulgarian citizens, workers or institutions”.

This was a sequel to the diplomatic row that broke out after Valeurs Actuelles quoted Macron as saying that he preferred to have migrants from Guinea or Ivory Coast who worked in a legal way rather than “clandestine networks of Bulgarians and Ukrainians”.

Borissov, writing in his Facebook profile, said that Macron had reaffirmed his support for Bulgaria.

“As Prime Minister of Bulgaria, I will not allow anyone to offend our people and I hope that these situations will not be reached in the future,” Borissov said.

France’s ambassador to Ukraine was summoned to the Foreign Ministry in Kyiv on November 2. Reports from the Ukrainian capital after the meeting said that Ukraine had been assured that Macron’s words had been “taken out of context”.