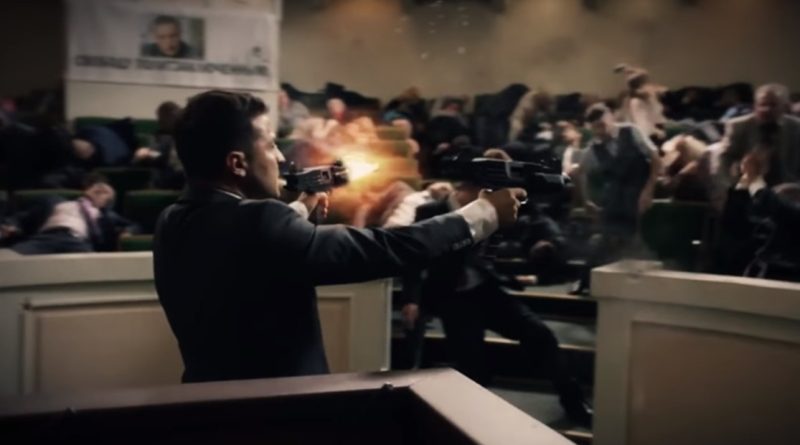 Bulgaria’s Central Election Commission has ordered the Vuzrazhdane party penalised for its election campaign video depicting a politician machine-gunning people in a plenary hall, and ordered the video removed from the party’s Facebook page.

As reported by Radio Free Europe’s Bulgarian section, the video, posted on party’s website and Facebook account on May 22, contains a 10-second scene from The Servant Of The People, a popular Ukrainian TV series. In the clip, the leading actor, recently elected Ukrainian President Volodymyr Zelenskiy, shoots at lawmakers with two automatic weapons.

The video was the subject of a complaint to the Central Election Commission by the Democratic Bulgaria coalition.

The commission said that the video contains a scene of violence and murder, and as such, not only violates good morals, which is explicitly forbidden by Bulgaria’s Electoral Code, but also was a criminal offence under the Penal Code, through instigating people to commit a crime.

It ordered that Vuzhrazhdane, represented by its leader Kostadin Kostadinov, be penalised, and ordered that the showing and distribution of the video be stopped, and that it be removed from Facebook.

The commission said that its decision was subject to appeal in the Supreme Administrative Court within three days of its announcement.

The decision was posted on the CEC website just after 1am on May 25, the day before Bulgaria’s European Parliament elections.

Separate reports said that the Ukrainian production company was considering court action against Vuzrazhdane for violation of copyright. 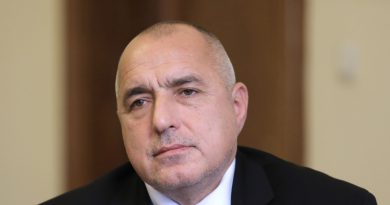