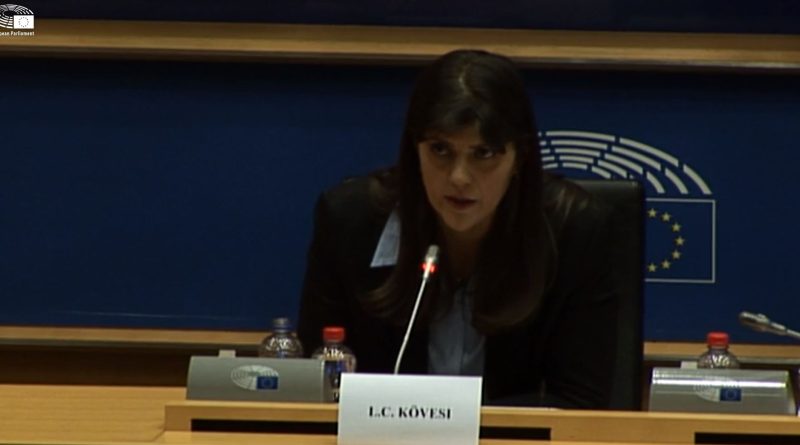 Two European Parliament committees have selected Romania’s Laura Codruţa Kövesi, the former head of the country’s anti-corruption prosecution, as their top candidate for the position of European Chief Prosecutor.

Kövesi was endorsed as the top candidate by MEPs in the civil liberties committee in a vote on February 27, one day after receiving the backing of the European Parliament’s budget control committee.

The office will be based in Luxembourg, with a college of prosecutors from all participating countries. Currently, 22 EU member states have joined the EPPO, with the exceptions being Sweden, Hungary, Poland, Ireland and Denmark, which can join at any time they choose.

Kövesi was one of three candidates shortlisted for the position, alongside Jean-François Bohnert of France and Andrés Ritter from Germany. Last week, the European Council selected Bohnert as its top candidate, while an independent EU selection panel ranked Kövesi as its top candidate.

Kövesi was head of Romania’s anti-corruption prosecutor’s office DNA until last year, when she was sacked by the country’s social-democrat government. During her time in office, DNA successfully pursued dozens of cases, including against senior government officials and political figures.

But Romania’s current government, which has made several attempts to weaken anti-corruption laws over the past two years, has accused Kövesi of overstepping her authority.

The results of the committee votes will be forwarded to the Conference of Presidents, which consists of the EP presidents and the leaders of the EP political groups, which will confirm the next steps to proceed on March 7, ahead of the negotiations with the European Council, the European Parliament statement said.

In Kyiv, Saakashvili says he does not fear arrest