Bulgaria’s Interior Ministry said that it is undertaking the necessary measures in order to prepare for Brexit and with the aim to guarantee the rights of the UK citizens under the Withdrawal Agreement as well as in the event of a no deal Brexit.

This is said on a newly-created page, in Bulgarian and in English, on the Interior Ministry’s official website.

The new section, running to about 670 words, is “aimed at providing information to UK citizens and their family members who are residing in Bulgaria on the terms and conditions for entry and residence in the Republic of Bulgaria after Brexit”.

It notes that following a proposal by the ministry on February 13, the Cabinet approved and submitted to the National Assembly draft amendments for the event of a no deal Brexit.

The amendments submitted by the Government provide an exception from this rule for the UK citizens and their family members who have settled in Bulgaria and have established close connections with our country.

The aim of the proposed regulation is to retain the rights of residence of these citizens such as they are at the time of Brexit.

To that end, the bill envisages a procedure for re-registration of all citizens falling within the categories specified therein. After its completion, these citizens will obtain a special status, allowing for the application of the same conditions and requirements, which were applicable to them on the day of Brexit, namely – the terms and conditions for the EU citizens.

The provision of this status will allow the UK citizens and their family members who have chosen to live and work in Bulgaria, to continue their lives in our country in the same way as they did before Brexit.

The proposed legislation provides for reciprocal conditions to those the British side will offer to the EU citizens, including the Bulgarian citizens, who by 29 March 2019 have settled and have been residing legally in the United Kingdom. In the scenario of a no-deal Brexit, there will be no transition period, as was envisaged if the Withdrawal Agreement had entered into force.

“Still, the British Government have declared their determination to treat the EU citizens in a way that is no less favourable than the one provided for in the Agreement. In line with this, the bill provides reciprocity with respect to both the rights and the deadlines for exercising them.”

Citizens of the United Kingdom and their family members, who by March 29 2019 have been residing legally in the Republic of Bulgaria will have the right to apply for the new status. They will have until the end of 2020 to do their re-registration.

In order to do so, they will have to submit an application in person to the Migration Directorate or one of the Regional Directorates of the Ministry of Interior, accompanied by the documents required under the legislation for the EU citizens for the respective type of residence, the Interior Ministry said.

“If the Withdrawal Agreement enters into force, the Ministry of the Interior remains ready to implement it and to propose the relevant measures in respect to citizens’ rights,” according to the website. 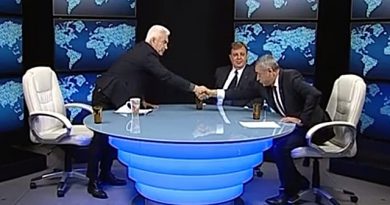