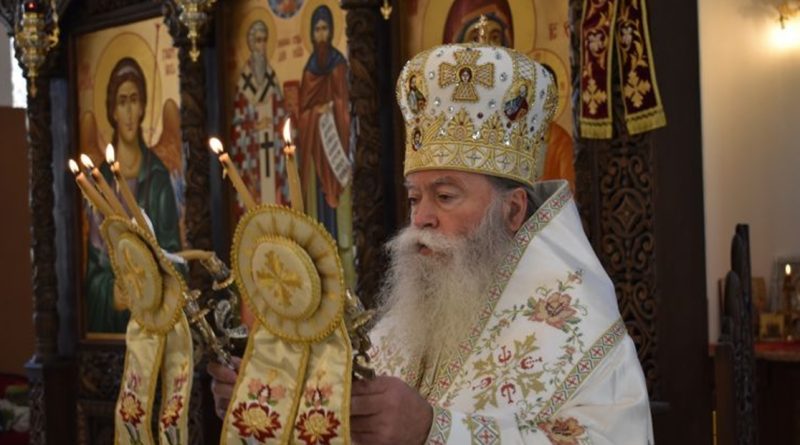 Bulgarian Orthodox Church Lovech Metropolitan Gavriil, now at the centre of a controversy over a stance that falsely claimed to represent the church regarding the government’s draft Strategy for the Child, has issued a statement in an apparent attempt to explain his actions.

Posted on the website of the church’s Patriarchate on February 8 and claiming to represent the position of the church, the stance called for a complete rewrite of the government’s National Strategy for the Child 2019-2030, urging a ban on terminations of pregnancy, for religion to be a compulsory subject in schools, no sex education, and opposing the full ban on corporal punishment in schools.

This caused a storm of outrage on social networks, and then on February 11, it emerged that the stance had been neither discussed nor approved by the Bulgarian Orthodox Church’s governing body, the Holy Synod. The post was deleted from the church’s website.

In a statement posted on the Patriarchate’s website on February 12, Gavrill said that about four days before February 8, “we realised that the last deadline for giving an opinion on the Cabinet’s website for discussion was February 8.”

Gavriil said that “many people” had personally approached him on this “vital question concerning the future of the children of Bulgaria”, asking that the Holy Synod state an opinion.

“I approached people with whom the Holy Synod had been working to develop concepts and opinions on various issues, but none of them had been prepared to propose a text on the subject,” he said.

“Only Desislava Panayotova had worked on the matter and wrote a draft statement for the Holy Synod about the strategy.

“After reading her material, we had told her to cut it down and, most importantly, to focus on the issues raised in the new Strategy for the Child, and about abortions, in two or three sentences, to confirm their unacceptability to the church.

“I did not have the time to read the last version, but I was sure she followed the instructions. It turned out that she had barely changed her previous text,” Gavriil said.

“None of the bishops responded that he was against, did any have suggestions for correcting the text, and two bishops said that the draft opinion should be placed on the website of the Cabinet in order to meet the deadline of February 8, and then it must be refined,” Gavriil said.

“I must point out that, on the occasion of the published opinion on the Cabinet website, where its last three points were published, many parents have thanked the Holy Synod of the Bulgarian Orthodox Church for the fact that we have defended the future of Bulgarian children with our timely and honest ecclesiastical position,” he said.

Earlier, Metropolitan Naum of Rousse issued a statement of his own, identifying Panayatova, an associate of the Holy Synod who worked for its education directorate, as the author of the controversial text.

Naum underlined that the text had not been discussed or approved by the church’s governing body, adding that there were some points – apparently referring to the call for allowing corporal punishment of children in schools – of which the Holy Synod was unlikely to approve.

Movement for Rights and Freedoms won half of Bulgarian votes abroad

Bulgaria’s Health Minister: Easy to shut down everything, but people wouldn’t cope mentally