The European Parliament denounces gender violence and discrimination, breaches of rule of law and hate speech in its assessment of fundamental rights in the EU in 2017, it said in a statement.

In a non-legislative resolution adopted on January 16 with 390 votes to 153 and 63 abstentions, MEPs call on EU institutions to effectively assess member states’ respect for rule of law and condemn limitations imposed on freedom of speech, as well as violations against migrants and asylum seekers’ fundamental rights in some EU countries.

The text condemns all forms of violence against women and urges member states that have not yet ratified the Istanbul Convention to do so “without delay”. It supports the 2017 demonstrations against the regression of women’s sexual and reproductive health and rights as well as the extensive media coverage of sexual harassment cases.

MEPs strongly condemn the actions taken in some EU countries to weaken the separation of powers and the independence of the judiciary, and denounce the EU institutions’ “ineffectiveness in putting an end to the serious and persistent breaches” of the European Union’s values. The rule of law must be regularly and impartially assessed based on objective criteria in all the member states, the resolution says.

The EP denounces the increasing restrictions to freedom of speech and freedom of assembly in the EU, and highlights that whistleblowing is crucial for investigative journalism and press freedom. It also expresses its deep concern over the threats, pressures and risks journalists face in the EU.

MEPs warn that hate speech is being trivialised and strongly condemn the rise of far-right movements. They also underline the need to combat the rise of antisemitism and islamophobia, as well as the persistent discrimination and stigmatisation against lesbian, gay, bisexual, trans and intersex people (LGBTI) in the EU.

The European Parliament also regrets that in 2017 there was “no major improvement” concerning integration and the fundamental rights of Roma people.

It finally urges Council to put an end to the current impasse on the Dublin Regulation reform.

They point to violations of migrants and asylum seekers’ rights in some EU countries, such as failing to provide migrants with effective access to asylum procedures or to give them clear information on legal remedies following a return decision.

Croatians vote in their first European Parliament election on April 14 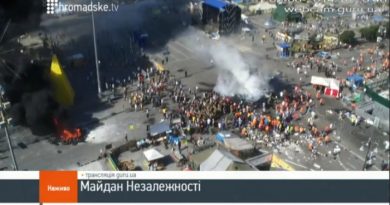