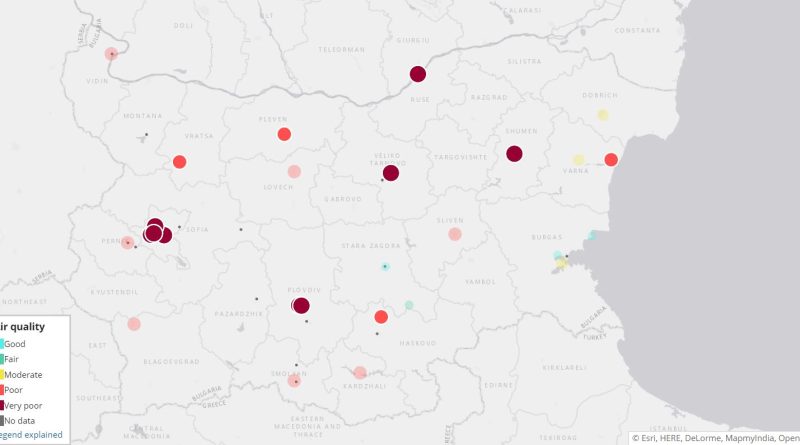 Sofia mayor Yordanka Fandukova called on the residents of the Bulgarian capital city to avoid using their cars on December 3 after official forecasts warned that particulate matter concentration in the air above Sofia was expected to be double the permissible amount.

Fandukova said that all car parks attached to Sofia metro stations would be free of charge during the day (until their capacity was exhausted) and urged Sofia residents to use public transportation in order to minimise emissions.

She said that traffic police would also stop for inspection vehicles that “visibly pollute the air.”

Some media reports, however, said that Fandukova was understating the severity of the air quality issue in the city and that the official measurement stations showed particulate matter pollution during the day well above the levels quoted by the mayor.

This was important, according to one such report, because higher pollution levels would justify the city’s authorities to sell “green tickets” in order to further encourage the use of public transportation – these tickets, issued for a specific date, are effectively a one-day pass for the city’s entire public transport network and cost one lev, as opposed to the normal tickets that cost 1.6 leva and are one-use only.

Sofia has struggled in recent winters to deal with the air quality issue, but passenger cars was only part of the problem. The use of low-grade coal, wood, and even refuse, for heating has been blamed for the deteriorating air quality in the city.

The city hall is yet to draft an effective strategy to counter the use of poor-quality fuel for heating and Fandukova’s statement on December 3 once again called on Parliament to criminalise the “unauthorised burning of refuse because the administrative sanctions we are imposing are not having an effect.”

The weather did not offer much respite – temperatures were expected to remain below freezing in the coming days (thus likely encouraging the burning of solid fuel for heating), but some improvement in the air quality could come on Wednesday, December 5, when the forecast is for wind and rain. 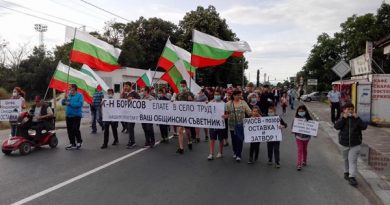