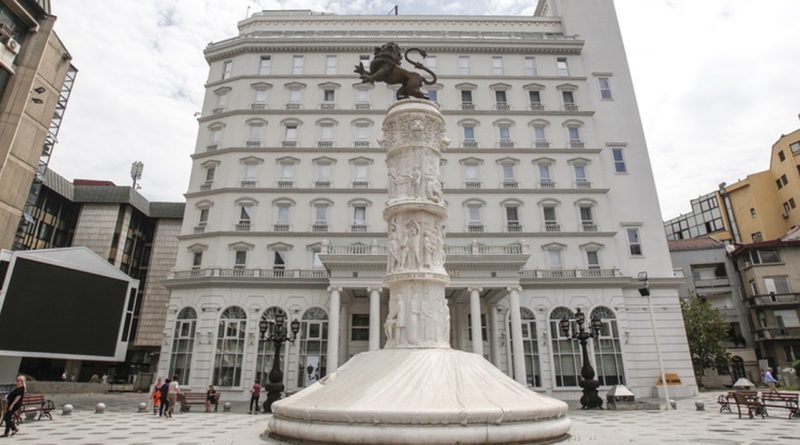 A court in Skopje has frozen the properties of right-wing opposition party VMRO-DPMNE, including its headquarters known as the “White Palace”, at the request of special prosecutors in the Talir case, involving alleged large-scale money laundering.

The Special Prosecutor’s Office in the Republic of Macedonia said on November 1 that 69 properties of the party had been declared subject to an order that they may not be sold or rented out pending the outcome of the case.

Prosecutors said that the step was taken in view of the possibility that the properties may be expropriated after the court case is concluded.

The Talir case involves allegations of illegal financing of VMRO-DPMNE from 2009 to 2015, involving close to five million euro in what prosecutors say was a money laundering scheme.

There are 14 suspects in the investigation, including former leader of VMRO-DPMNE, former prime minister Nikola Gruevski.

Janushev said that the move violated the practice of the European Court of Human Rights.

The VMRO-DPMNE as a legal entity was not a suspect in the proceedings, Janushev said, describing the move as a “matter of persecution” that was damaging the party.

“You can threaten us and blackmail us, but we are not afraid of you,” he said.

Janushev said that now that the government had failed through pressure to break the party, it was trying to achieve this goal by pressure through other institutions.

Gruevski was Prime Minister of the Republic of Macedonia from 2006 to 2016. He stepped down as party leader in December 2017 after the socialists defeated his party in local elections. In May 2018, a court handed down a jail sentence of two years in connection with alleged corruption.

With Zoran Zaev, leader of the Social Democratic Union of Macedonia in office as Prime Minister since May 2017, agreement was reached on a long-awaited good-neighbourliness treaty with Bulgaria, and a deal with the Greek government on ending the marathon “name dispute” over the use of the name “Macedonia” by the former Yugoslav republic.

While a referendum in Macedonia on the proposed name “Republic of North Macedonia” produced a result not legally binding, Zaev succeeded in securing sufficient support in the legislature in Skopje to proceed with crafting the requisite amendments to the constitution to change the name.

The support for the majority needed for the measure to be approved came with the votes of eight VMRO-DPMNE MPs, who were then expelled from the party, which has – along with President Gjorge Ivanov – resisted the name deal, regarding it as a national betrayal.

With the party apparently on the backfoot, VMRO-DPMNE leader Hristijan Mickoski said recently that the party might try to sell or rent out the “White Palace”, to cover costs. The prosecutors’ move and the court ruling came just days after that announcement.

There have been allegations in the media that VMRO-DPMNE’s assets added up to about 60 million euro, but Janushev told the November 1 news conference that the figure was 10 million euro, media in Skopje reported.

(Photo of the VMRO-DPMNE’s ‘White Palace’ in Skopje: nezavisen mk)