Bulgarian MPs voted on September 13 to overturn President Roumen Radev’s veto on the bill of amendments to the Administrative Procedure Code. The motion carried with 146 MPs in favour and 69 opposed.

The two parties in the government coalition, Prime Minister Boiko Borissov’s GERB and the United Patriots group of nationalist parties, were joined by the opposition Movement for Rights and Freedoms (MRF) and populist Volya, the smallest party in the National Assembly, in overturning the presidential veto.

Only the main opposition Bulgarian Socialist Party voted against the motion. After the vote, the party’s MP said that they would lodge a formal complaint with the Constitutional Court, asking it to strike down the amendments.

Radev vetoed the bill on July 31, just as Parliament took its summer recess, arguing that the changes would reduce the ability of administrative courts to “defend the common person against unlawful and arbitrary actions of the administration.”

He said that the amendments would raise obstacles to exercising the right to legal defence. In total, Radev’s veto covered 16 provisions of the amendments bill, including changes to jurisdictional rules, introducing closed case hearings in the cassation stage of trials, “drastic increases” of fees in cassation cases and removing the cassation stage of trials in a number of circumstances.

“These provisions will reduce the ability of administrative courts to be one of the main factors that guarantee balance and controls between the different branches of government and the rule of law, thus endangering the lawful and democratic nature of the modern state,” the presidency said at the time.

According to the bill’s proponents, it would reduce the instances where large-scale projects are being held up by litigation, while at the same time reducing the case overload for the Supreme Administrative Court.

The debate on the veto was derailed for a time by a spat, mainly between GERB and BSP MPs, who used the opportunity to level accusations at each other, before re-focusing on the matter at hand. 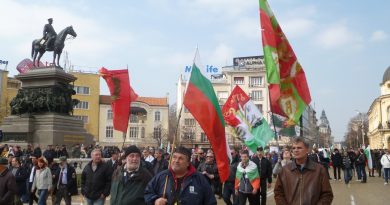