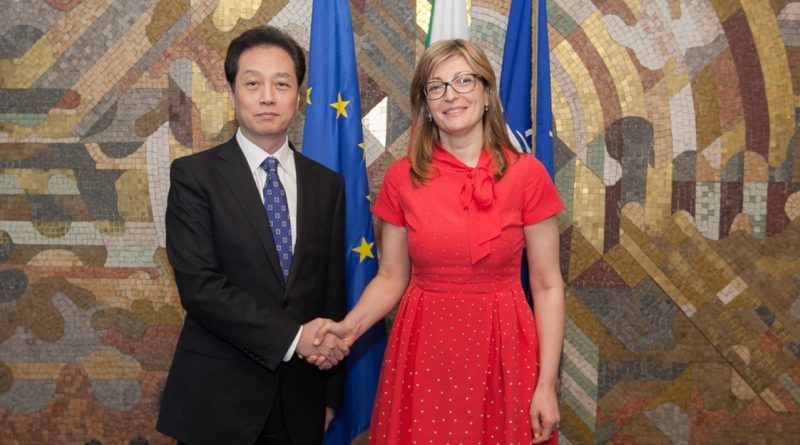 Bulgarian Foreign Minister Ekaterina Zaharieva said on June 7 that she was sure the Sofia Summit of the China-CEE 16+1 initiative in July would lead to “concrete, practical results” and the visit by Chinese PM Li Keqiang to Sofia would boost bilateral co-operation.

Zaharieva was speaking after talks with China’s Deputy Minister of Foreign Affairs, Wang Chao, who is in Sofia for a meeting of national co-ordinators preparing for the July 2018 16+1 summit to be held in the Bulgarian capital city.

“China is our prime partner in Asia and I am sure that next month’s meeting will lead to concrete, practical results,” Zaharieva said.

“I believe your Prime Minister’s visit to Sofia will also boost our bilateral cooperation in sectors such as trade, agriculture and the economy as a whole,” she told Wang.

She said that she believed that the visit by the Chinese Prime Minister would mean that more Bulgarian goods would reach the Chinese market.

Zaharieva said that the Bulgarian government relies on investors and companies from China to build large-scale infrastructure projects in Bulgaria.

“I very much hope that Chinese investments at Plovdiv Airport will make a great contribution to better understanding of Bulgaria and increasing the number of tourists from your country,” she said.

She said that the bulk of Bulgaria’s transport corridors pass through the countries of the 16 + 1 Initiative and the Silk Road (One Belt) initiative and are important not only for Bulgaria and China, but also for the whole European Union.

“We want to work for a comprehensive and strategic EU-China partnership,” Zaharieva said.

The Chinese Deputy Foreign Minister said that the June 6 meeting of national co-ordinators about preparations for the 16+1 summit had been very successful.

He expressed thanks for the efforts by Bulgaria in organising the summit, even though it had many commitments as the holder of the rotating Presidency of the Council of the EU.

He said that there was “no doubt” that the visit to Sofia by the Chinese Prime Minister, the first such visit in 18 years, would “contribute to achieving concrete results of mutual interest”.

China wanted to deepen its co-operation with Bulgaria in the field of culture because there is a natural connection of friendship between the two nations, he said. 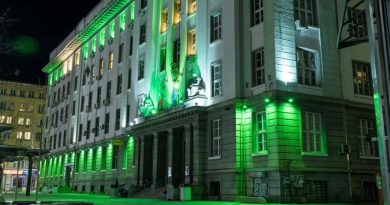