The landmark trial on the collapse of the Corporate Commercial Bank (CCB) in Bulgaria resumed on May 10, as prosecutors continued to read the bill of indictment, while the head of the specialised prosecutor’s office Ivan Geshev caused a minor row.

Geshev, who is also the lead prosecutor on the case, had a day earlier described the defence’s request to have the indictment read in court as a stalling tactic. Even though reading out the indictment is required by law, the defence can waive this requirement, given that the full text of the indictment had been posted on the prosecutor’s office website and was made available to the defence, he said.

On May 10, he was the first prosecutor to resume reading operative part of the indictment – a section that runs more than 5000 pages long and is expected to take weeks, if not months, to read.

At one point, he drew objections from the defence attorneys, who said that he was not reading loudly or clearly enough, prompting Geshev to fight back, saying that the law did not stipulate the manner in which he should read.

This, in turned, drew a rebuke from presiding judge Virginia Petrova, who said that the judges could not hear him either. Geshev replied that “this is not an exam in expressive reading.”

Before the court hearing, Geshev once again accused the defence of stalling tactics. “Today we could have easily started with witness testimonies, but the defence has an interest to stall the proceedings and the law gives them that right. The attorneys know what the evidence is in this case and are afraid,” he said, as quoted by news website Mediapool.

(For full coverage of the CCB bankruptcy and the trial from The Sofia Globe, click here. Logo and corporate motto of Corporate Commercial Bank – “our clients are dear to us” – from a CCB advert. Screengrab from corpbank.bg) 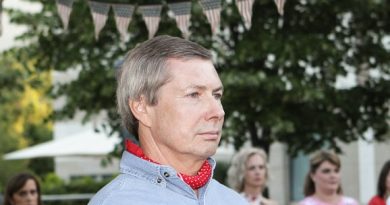 First-time asylum applications in Bulgaria drop by close to half 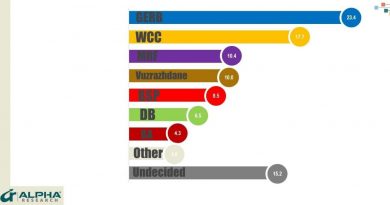