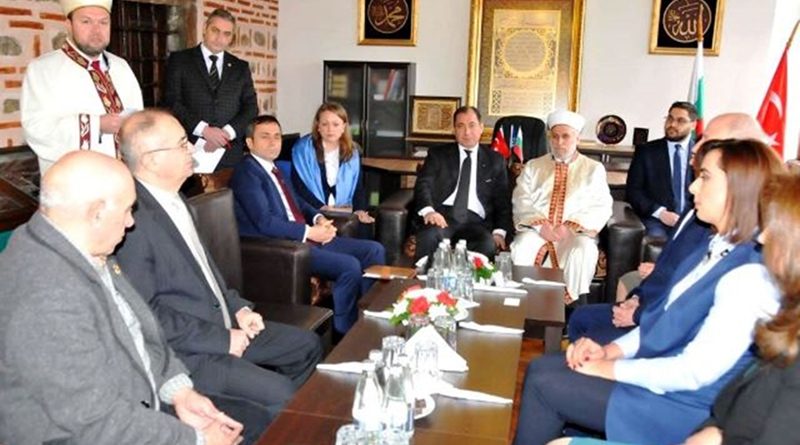 Representatives of various religions and ethnicities were set to gather on February 14 2018 at the Dzhumaya mosque in Bulgaria’s second city Plovdiv for the fourth annual “Cafe of Tolerance”.

The gathering is meant as a sign of mutual understanding and peaceful cohabitation of people of different faiths and identities.

The first “Cafe of Tolerance” was held in 2015, as a response to the February 14 2014 attack on Plovdiv’s landmark mosque by a crowd of “football supporters”, who hurled paving stones, rocks and fireworks at the house of worship. Subsequently, four of the mob were fined for hooliganism, an offence in Bulgarian law largely equivalent to disturbing the peace.

As noted by Plovdiv news website podtepeto.com, the gathering to drink coffee is based on the Turkish customs that “drinking coffee with someone is equal to 40 years of friendship”.

The now-annual gathering is seen as of importance to send a message of support of mutual tolerance among communities in Plovdiv.

(Archive photo of the 2017 ‘Cafe of Tolerance’: podtepeto.com)