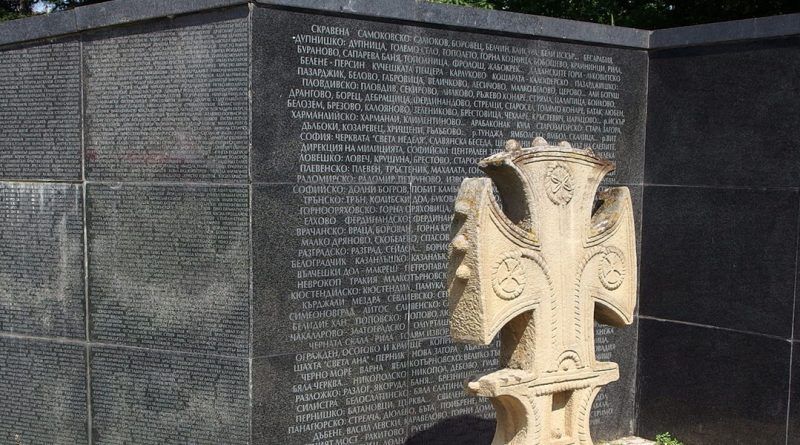 Bulgaria’s customary political polarisation was in evidence on February 1, the day decreed in 2011 to commemorate the many thousands of victims of the country’s communist regime.

In Parliament, Prime Minister Boiko Borissov’s centre-right GERB parliamentary group used the occasion to deal out a lengthy indictment of the executions and other serious abuses of human rights by that regime.

At the same time, the opposition Bulgarian Socialist Party – lineal successor to the Bulgarian Communist Party that held the country in its thrall from after the Second World War until 1990 – insisted that it should not be “put in the dock”.

The first Borissov government declared the day in 2011 on the recommendation of former democratically-elected heads of state Zhelyu Zhelev and Petar Stoyanov.

February 1 was chosen because it is the anniversary of the death sentences, at the hands of the “People’s Court”, of much of Bulgaria’s wartime political elite, including the three regents, former prime ministers, 22 former cabinet ministers, among others.

The “People’s Court” process was initiated after the communist takeover of Bulgaria, which was invaded by the Soviet army in 1944. Though it switched sides at the close of the war, Bulgaria had been allied to Hitler’s Germany after joining the Axis in March 1941.

As that “People’s Court” process got underway, 147 former political leaders were shot dead and buried in bomb craters in Sofia Central Cemetery.

The “People’s Court” process continued with more than 2600 death sentences being handed down, more than 1200 life sentences and numerous other lengthy jail terms.

Among those sentenced to prison terms was Dimitar Peshev, the former deputy speaker of the National Assembly, who had taken a leading role in publicly opposing the planned deportation of Bulgarian Jews to the death camps of the Holocaust. Peshev was sentenced for “anti-Semitism” on the grounds that he had voted in favour of the earlier Defence of the Nation Act, legislation modelled on Nazi Germany’s Nuremberg laws.

The February 1 2018 sitting of the National Assembly saw GERB MP Spas Gurnevski read out a declaration accusing the BSP of having betrayed its own ideals after 1989 to become a builder of capitalism.

“Your children are in the West, and outside the big Western limousines await you…your plenum is heavy with millionaires from pseudo-privatisation, but your minds are still there in the East, in the nest of evil,” the declaration read by Gurnevski said.

Yordan Tsonev, deputy parliamentary leader of the Movement for Rights and Freedoms – the party formerly built on the votes of Bulgarians of Turkish ethnicity – called for the memory of the victims of the “Revival Process” also to be remembered.

In the 1980s, the communist regime in Bulgaria embarked on a “revival process” that saw serious abuses of human rights in a bid to force ethnic Turkish Bulgarians to adopt Slavonic names and identities. The campaign went as far as scratching out Muslim and Turkish names from gravestones to replace them with Slavonic ones. In the end, in a deal between Bulgaria and Turkey, many thousands of ethnic Turkish Bulgarians left Bulgaria for Turkey in a “great excursion”.

Tsonev told the National Assembly: “When we talk about the victims of this (communist) regime, we cannot but mention the memory of those who were fighting for the right to self-determination, fighting for their religion, their beliefs and their names, they gave their lives”.

BSP MP Valeri Zhablianov regretted the way that the matter was being handled in Parliament, saying that the BSP could not be put in the dock. It was the party that had led the armed struggle against fascism and monarcho-fascism in Bulgaria, he said.

MPs held a minute’s silence for the victims of communism in Bulgaria. However, Zhablianov kept speaking, and the Speaker ordered his microphone switched off. Another BSP MP walked out of the plenary hall rather than participate in the minute’s silence.

An annual ceremony was held on February 1 at the memorial wall to the victims of Bulgaria’s communist regime, near the National Palace of Culture, NDK, in Sofia.

At the ceremony at the memorial near NDK, wreaths and flowers were laid by former President Stoyanov, National Assembly Speaker Tsveta Karayancheva, Sofia mayor Yordanka Fandukova, Atanas Atanasov of the Democrats for a Strong Bulgaria, Hristo Ivanov of Yes Bulgaria, Mustafa Karadayi, leader of the Movement for Rights and Freedoms, and MP Dessislava Atanassova of GERB.

Rossen Plevneliev, who was Bulgaria’s President from January 2012 to January 2017 – and who was elected on a GERB ticket – usually attended that ceremony. On February 1 2018, President Roumen Radev, who was elected on a ticket backed by the opposition BSP, was due to be in Brussels with an itinerary including attending a concert in celebration of the Bulgarian Presidency of the EU in the first half of this year. Prime Minister Borissov was scheduled to be at the same event.

The US embassy in Sofia said on February 1 that it joins Bulgarians in honouring victims of the communist People’s Court.

The embassy noted that when former presidents Zhelev and Stoyanov proposed Bulgaria officially mark the day in remembrance, their letter to Bulgaria’s Cabinet said, “A day of national memory will honour the victims, but will also give us a starting point for better understanding of the events of the recent past, without which we cannot move ahead as free, democratic, and honorable European countries”.

February 1 is just one of a series of politically divisive dates in Bulgaria’s modern history, another notable one being the September 9 anniversary of the Soviet invasion – seen by the left as a liberation and by the right as the commencement of decades of repression.

(Photo, of the memorial wall in Sofia dedicated to the victims of the country’s communist regime: Mark Ahsmann)