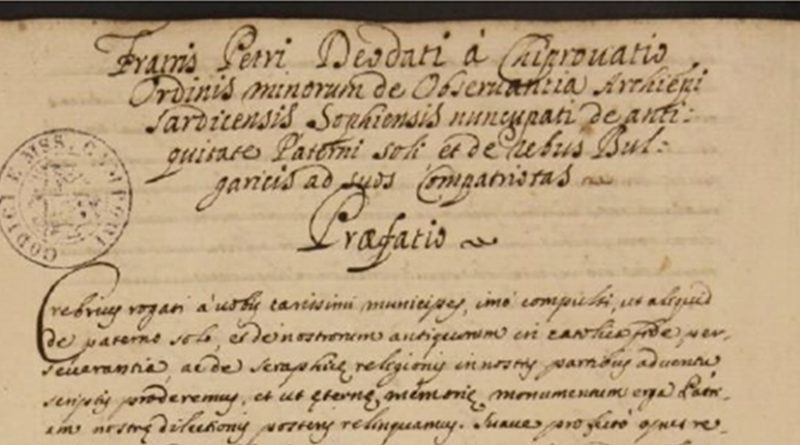 The original manuscript of a history of Bulgaria, written in the 17th century and believed to be the first written by a Bulgarian, has been found by Professor Liliya Ilieva of Southwestern University Neofit Rilski.

The tractate, written by Petar Bogdan (Petrus Deodatus) had been considered to be lost, although a small fragment of the text was known in an edition by the Croation priest and philologist Ivan Pastrić.

Ilieva found the original manuscript, running to close to 200 pages, with a preface, 70 chapters, some documents and an epilogue.

The discovery of the manuscript, written by Bogdan who was a Roman Catholic archbishop in Sofia and who had sent it to the Vatican for publication, was made in Modena in Italy.

The text of the tractate will be published soon, according to Ilieva’s research paper, published in the Balkanistic Forum periodical.

The manuscript was written 97 years before the history of Bulgaria written by Paisii Hillendarski, a clergyman.

Petar Bogdan Bakshev was born in 1601 in Chiprovtsi. He entered the Franciscan Order 17 years later. He studied at the Vatican, and in 1642 Pope Urban II appointed him Archbishop of Sofia, after naming the city as the seat of the Roman Catholic Church in Bulgaria.

Bogdan was among the organisers of the Chiprovtsi Uprising in 1688, a rebellion against Ottoman rule that was led mainly by Roman Catholics.

He completed his History of Bulgaria in 1667, and it numbers among other of his works on the country and the region. He is considered the father of Bulgarian historiography and a key figure in the Bulgarian National Revival.

In the introduction to his History of Bulgaria, he wrote: “Now when I am too old, the only thing to support me is the thought of my country”. 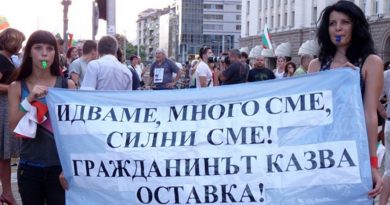