About 55 per cent of Bulgarians polled in an EU-wide survey see the country’s membership of the European Union as a good thing, according to the results of a Parlemeter poll released by the European Parliament on October 18.

This is an increase of two percentage point since the previous Parlemeter poll in March 2017.

The EU average for people who saw their country’s membership of the bloc as a good thing was 57 per cent.

In Bulgaria, nine per cent of those polled saw the country’s EU membership as a bad thing, in comparison with an EU average of 12 per cent.

Among the benefits, the highest-rated among Bulgarians was new work opportunities, at 52 per cent – an opinion far outstripping the EU average of 28 per cent who saw this as the main benefit.

For Bulgarians, the next greatest benefit of EU membership was strengthened co-operation with other EU countries, at 35 per cent, while in third place was improved economic growth, at 26 per cent.

Bulgarians who said “yes” to a question about whether their voice counted in the EU added up to 37 per cent. The EU average was 47 per cent.

But asked if their voice counted in Bulgaria, forty-five per cent said yes. 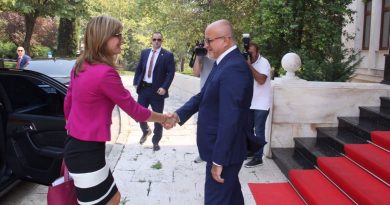