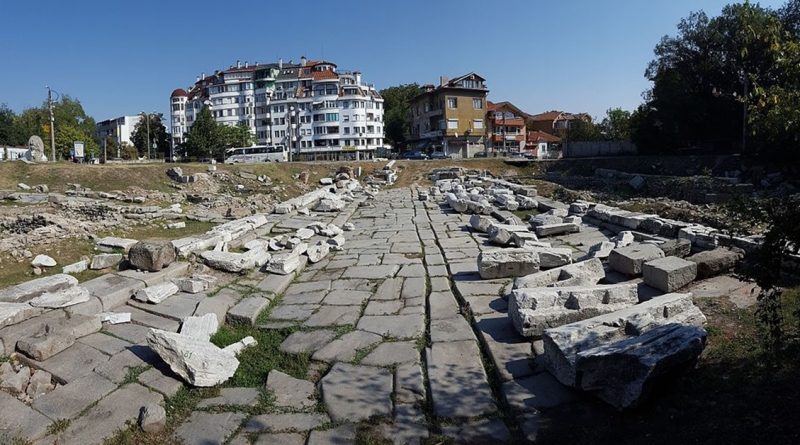 A team of archaeologists headed by Maya Martinova is beginning work on excavations of the Eastern Gate of Philippopolis site in Bulgaria’s second-largest city Plovdiv, following a Cabinet decision in August 2017 giving the municipality the right to manage for the complex for 10 years.

Discovered in the 1970s, the site dates from the second century CE, and was the gate to the road from Philippopolis – as Plovdiv was then called – to Byzantium (later Constantinople and subsequently Istanbul) and the Bosphorus.

The site is officially categorised as of archaeological immovable cultural value, of national significance.

The Cabinet decision will enable the municipality to carry out restoration and display and manage the site to help develop cultural tourism in Plovdiv, which in 2019 will be European Capital of Culture.

The Roman road that leads to the gate is 13.2 metres wide, with pavements on both sides, each 2.6m wide. There were colonnades on both sides, of which many fragments remain, with very richly decorated Corinthian capitals. On both sides of the street there are pavements with a width of 2.60 m.

In spite of not having had serious restoration work done on it in the decades since it was uncovered, the Eastern Gate of Philippolis – which was one of three main entrances to the city in antiquity – is frequently shown to foreign tourists visiting Plovdiv.

The gate was initially built in the second century CE during the reign of Hadrian, after which the gate and the complex around it were completely rebuilt in the fourth century, and partially repaired in the fifth century. 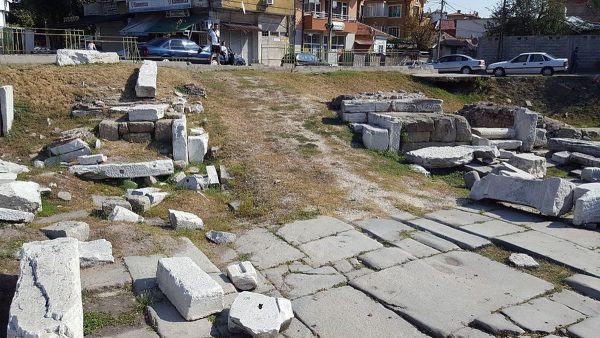 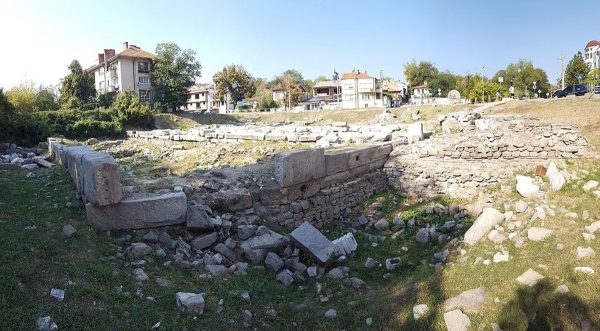 According to the Wikipedia entry on the gate, the first structure on the place of the today’s Eastern gate was a marble triumphal arch built on the main road to Byzantium in the for Hadrian’s visit to Philippopolis.

Later, Emperor Marcus Aurelius started building fortification facilities in the region given the danger of Marcomannic invasion. As a result, Philippopolis was encircled by a stone wall in 172. The memorial arch was left defenceless a few dozen metres outside the fortified area where the first eastern gate was built.

After Philippopolis recovered from the destruction of the Goth invasion in 251, the old fortress walls were torn down and new fortification of bricks and stone was built.

The new Eastern gate of Philippopolis was built over the ruins of Hadrian’s arch. The builders used the remaining stones and decorations of the old monument when constructing the new city gate. The memorial of the imperial visit from the second century became the biggest and the most important entrance of Philippopolis.

Snow in Western Europe leads to delays at Sofia Airport