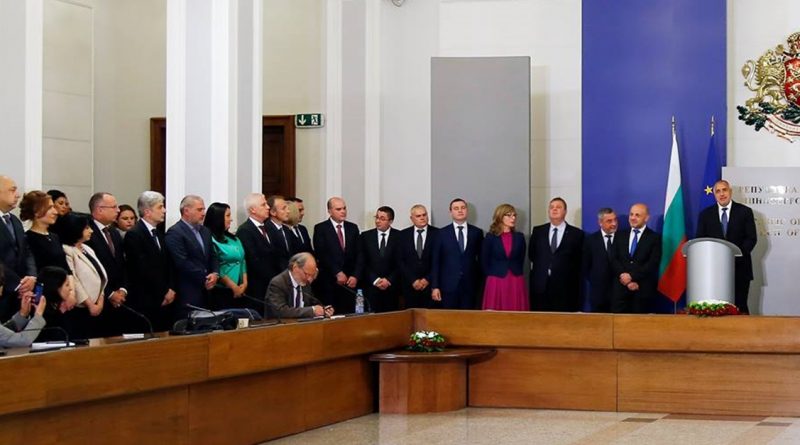 Bulgaria’s Cabinet decided on September 7 to ask the European Bank for Reconstruction and Development (EBRD) for its position on Kalin Mitrev, the Bulgarian representative on the EBRD board, following media reports about an alleged “Azerbaijani laundromat” influence-buying and money laundering scheme.

Speaking after the Cabinet meeting, Finance Minister Vladislav Goranov said that the government had refrained from taking a position on Mitrev, who was named in the reports, pending the EBRDs’ response to a formal letter from the government about the allegations.

The reports said that Mitrev had received payment for consultancy work from a firm in Azerbaijan.

Goranov said that Mitrev had sent an explanation to the government, pointing out that he had received the payment for consultancy work while not an employee of the EBRD.

This income was declared and taxes paid on it in Bulgaria, which was verifiable, he said.

Goranov said that at this stage, the Cabinet saw no violation of Bulgarian law.

It was the EBRD that decided on appointments and dismissals, Goranov said. The Bulgarian government, which nominated but did not appoint its representative on the EBRD board of directors, could only express a position.

Mitrev, who also represents Poland and Albania on the EBRD board, has strongly denied any wrongdoing. He dismissed the reports as baseless speculation. Mitrev, who is the spouse of Unesco director-general Irina Bokova, described the reports as an attack on his family. This attack was doomed to failure, he said.

On the morning that the Bulgarian Cabinet met, the Prosecutor’s Office announced that Prosecutor-General Sotir Tsatsarov, responding to the media reports, had ordered an investigation into Mitrev.

The Sofia City Prosecutor’s Office and the National Revenue Agency would look for any information that there had been tax evasion or money-laundering, the statement said.

Mitrev has served for several years as Bulgaria’s representative on the EBRD board of directors.

His CV describes him as an experienced professional with a 30-year career extending across both the public and private sector in such diverse areas as diplomacy, public finance, privatisation, capital markets, investments and corporate management.

Mitrev was one of the designers and founders of the Bulgarian stock market, including the First Bulgarian Stock Exchange, the Central Depository and the first Stock Exchange and Securities Bill. It adds that he designed and headed the process of mass privatisation in Bulgaria as its Chief Executive.

As the Executive Director of the Bulgarian Industrial Holding managed, Mitrev supervised and served as president or member of the board a number of major industrial enterprises, notably in shipbuilding, non-ferrous metallurgy, machine building, chemicals, among others, his CV says.