After the overhaul of the Plovdiv to Bourgas railway line, the travelling time by train between the two cities will be reduced by 40 minutes, Bulgaria’s deputy transport minister Velik Zanchev said on August 31.

He was speaking at a ceremony to mark the start of work on the Straldzha – Tserkovski section of the railway line, which is two km long. The budget for re-doing this section of line is 4.2 million leva. The project is to be completed by January 2018, and once complete, will enable trains to travel at 130km/h on that stretch.

Work on the section is part of the project to overhaul the entire railway line from Plovdiv to Bourgas, for which 800 million leva (about 400 million euro) has been provided from the EU’s transport and transport infrastructure operational programme 2014 – 2020.

Zanchev said that the entire project would be completed by 2022, including an overhaul of the signalling and telecommunication systems.

“During this programming period, we will ensure full interoperability of all systems in the directions from Sofia to Bourgas and from Plovdiv to Svilengrad,” Zanchev said.

Plovdiv and Bourgas are about 250km apart. According to the website of Bulgarian state railways BDZ, the travelling time between the two cities, on a fast train, currently is four hours and 10 minutes. 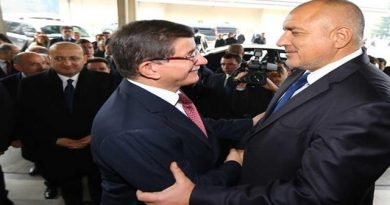 Borissov: Thanks to Turkey, there is no migration pressure on Bulgaria’s border