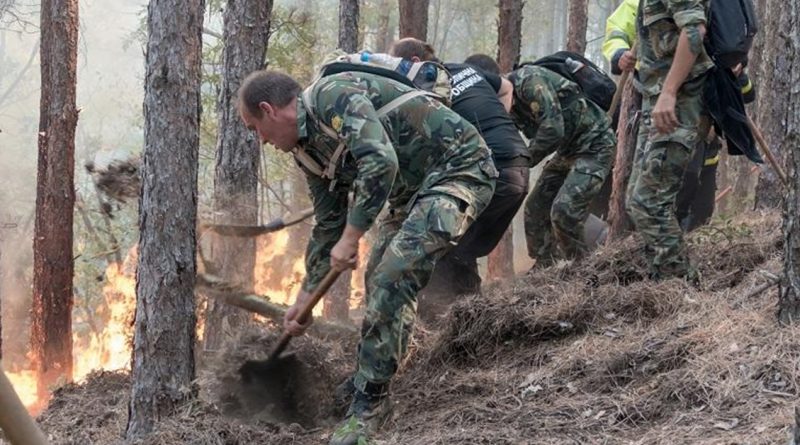 The fire that has caused widespread devastation of woodland in the Kresna Gorge in southern Bulgaria entered its fourth day on August 27, amid estimates that it could take up to 15 million leva and 50 years for the forests to recover.

The blaze led to an order on August 27 to stop the movement of trains in the region. A day earlier, smoke from the fire caused a temporary closure of the main road linking Bulgaria to Greece.

On Sunday, firefighting efforts were directed mainly against two outbreaks, near the village of Mechkul and in Stara Kresna. About 200 firefighters were battling to contain the blaze.

Bulgarian National Radio said that the fire was being brought under control and hopes were that it would be largely doused by the end of August 28.

Power supply in part of the region had been cut off.

Damian Damyanov, director of the South-West State Enterprise, said that it would take between 13 million and 15 million leva for new afforestation and at least 50 years for trees to grow to the state that they were before the disastrous blaze of August 2017.

“There are no human casualties and injured people, which is most important, but what has happened is a real ecological disaster,” he said.

There were reports of damaged housing and destroyed cars in the region.

Damyanov said that over more than 90 per cent of the affected area, there were no outbreaks, but the only problem area was above the E-79 road in the Kresna Gorge.

Counting in the 200 firefighters, about 400 people were involved in the efforts, including forestry officials, military, volunteers and staff of the Pirin and Rila national parks.

On August 26, there was a critical situation, when the wind turned suddely and started driving the blaze in the direction of firefighters and police. They were quickly evacuated.

Since the fire started, it has swept over 1600 hectares of land, of which 1300 were forest plantations.