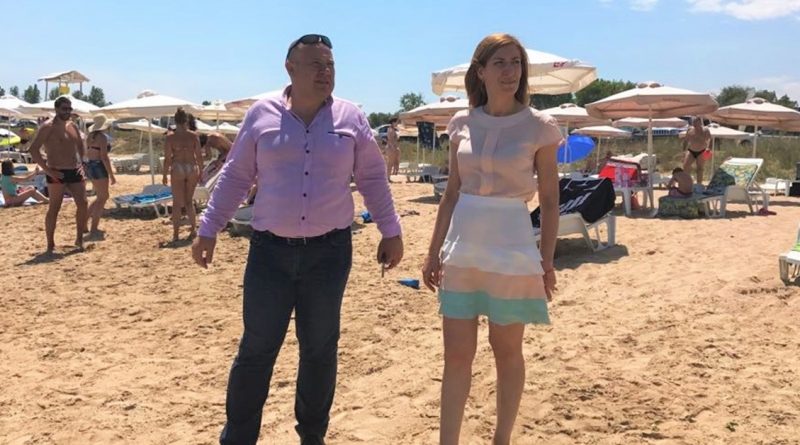 Inspectors from Bulgaria’s Food Safety Agency are carrying out intensified inspections of catering establishments and food business outlets all along the country’s Black Sea coast.

The inspections, in the third week of July 2017 as Bulgaria heads for the peak of its summer holiday season, come in the days after Tourism Minister Nikolina Angelkova visited several beaches to follow up complaints, and as the National Revenue Agency continues to check compliance with tax laws at popular resorts.

Bulgaria’s Food Safety Agency found that the most common irregularities were improper labelling of food, trading in food products that had no certificate of origin, and shortcomings in the control of hygiene at food sales points and in the end products sold to customers.

This included 500 inspections in the country’s largest Black Sea city, Varna, resulting in more than 70 fines.

Bulgaria’s Tourism Ministry described in a series of media statements in the past week the outcomes of Angelkova’s visits to various beaches.

At Balchik central beach on July 20, an inspection in response to complaints resulted in a formal letter being sent to the tenant about cleaning the beach, and an instruction to move a medical assistance point to the place specified on the plan that had been approved by the ministry.

The same day, Angelkova inspected Durankulak beach, announcing during her visit that she and ministry officials would continue to explore the possibilities for setting up more campsites.

There was a lot of interest in camping tourism, she said.

An inspection of the Krapets North beach found no irregularities. While there, Angelkova said that proposals for amendments to the Black Sea Coast Planning Act and the Spatial Development Act are being prepared to group sea beaches according to their characteristics and there will be camping only at designated locations. This will prevent pollution and protect nature, she said.

At the Dobrudzha Camping beach near Shabla (“one of the most beautiful on the Bulgarian Black Sea coast,” the ministry statement said), the ministry team found that the beach lacked medical equipment and equipment for rescue posts. The tenant was sent a letter about this and there would be a follow-up inspection, Angelkova said.

An inspection of six beaches in the area of Rusalka, on Bulgaria’s northern Black Sea coast, a number of irregularities were found, the Tourism Ministry said.

At Taukliman Bay, there was private property and access to the water was barred, which is illegal.

On the other five Rusalka beaches, fees for access were being charged in violation of the law that says that there must be free walking access to the beach.

On Rusalka Central, there were facilities that had been put there without permission, Angelkova said.

On July 18, Angelkova and representatives of the tourist administration carried out a surprise inspection of the coastal and central promenade of Sunny Beach, the ministry said.

The relevant institutions would be notified about the illegal stalls on the main promenade of the resort so that these could be removed, Angelkova said.

A day earlier, Angelkova took part in a check of the state of the Golden Sands beach, which is held on concessions. The inspection found no irregularities, the Tourism Ministry said.

Angelkova said that inspections would continue throughout the season – scheduled, surprise and in response to complaints from consumers.