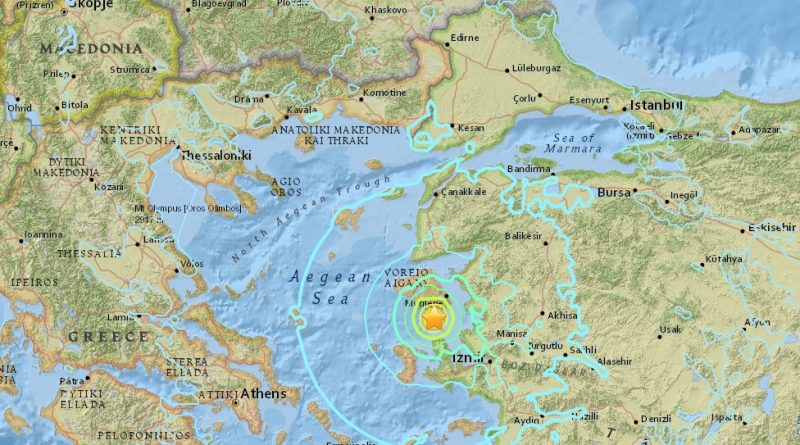 An earthquake measuring 6.4 on the Richter Scale struck at a point in the Aegean Sea on the afternoon of June 12, and was felt in Bulgarian capital city Sofia.

The earthquake was epicentred at a point 38.84N and 26.33E, at a depth of 10km, according to the European Mediterranean Seismological Centre.

It happened at 12.28pm UTC, 3.28pm in Sofia, where the quake was particularly felt by people in tall buildings.

The centre said that the location of the quake was 85km north-west of Izmir in Turkey and 14km south of Plomarion in Greece.

Another quake happened at 3.35pm, measured at five on the Richter scale.

The US Geological Survey said that the 3.28pm earthquake was 6.3 on the Richter scale. It stated the epicentre as 11km south of Plomarion, at a depth of 5.7km.