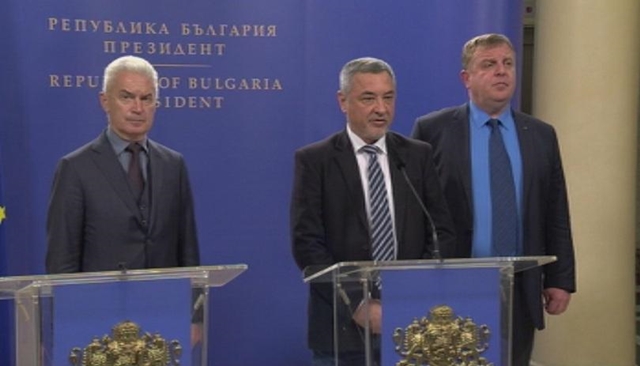 Valeri Simeonov, co-leader of Bulgarian nationalist coalition the United Patriots, said on April 24 that every effort was being made to have a signed coalition government agreement by the end of the month.

On April 24, Radev began a series of meetings with the five groups in the Bulgarian National Assembly, being held over two days ahead of him handing over a mandate to seek to form a government. This mandate will go to Boiko Borissov’s GERB, which intends forming a government with the United Patriots at the beginning of May.

Simeonov told reporters: “The President understands the responsibility we are assuming”.

According to Simeonov, Radev had said that after he had acquainted himself with the GERB-United Patriots’ governance programme, he supported it. 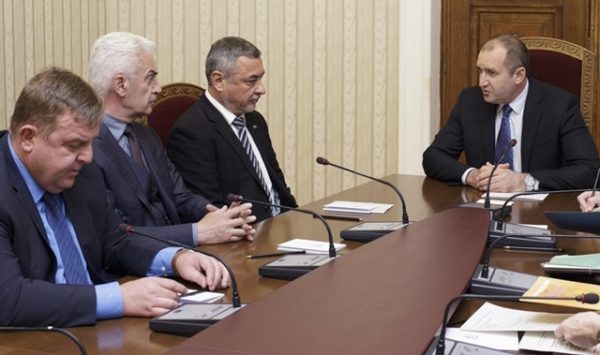 “He wished us stability. He said that we can rely on the presidential institution in any useful initiative for Bulgaria,” Simeonov said.

Ataka leader Siderov said that for the first time patriotic formations had received a positive assessment from the president for being European nationalist organisations.

“I am delighted that the head of state assesses patriotic ideas as positive. Radev shared our vision that we do not need early elections. We promised our cooperation. I expressed the wish that there were no differences between the government and the head of state,” Siderov said.

Karakachanov said they had told the president of their ambitions for the government to serve a full term.

Radev is meeting parliamentary groups in reverse order of size. He first met Vesselin Mareshki’s Volya party, which has 12 MPs, and the Movement for Rights and Freedoms, which has 25 MPs.

Mareshki said that his party would vote in favour of the coalition government coming into office.

His group and Radev had agreed that another election now would be detrimental to the Bulgarian state, people and business, Mareshki said.

He said that there had been no talks about ministers being appointed to government from his party. Mareshki said that he expected that once talks between GERB and the United Patriots were over, his party would be invited to negotiations.

MRF leader Mustafa Karadaya repeated his call for a joint programme for governance up until the end of the Bulgarian Presidency of the EU, scheduled for the first half of 2018.

His party did not want to be in this government, Karadaya said, referring to the presence of far-right nationalists in the coming third Borissov administration.

Radev will meet the Bulgarian Socialist Party and GERB on April 25. Unconfirmed media reports said that he intends handing over the mandate to GERB on April 27.