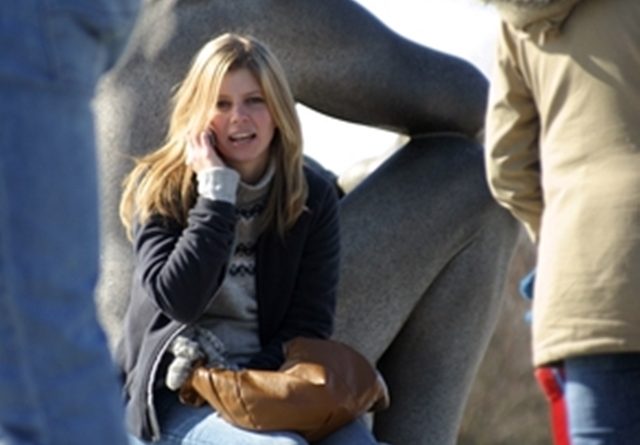 The European Commission has released an updated set of questions and answers on the June 15 2017 end to roaming charges for people travelling periodically within the European Union, when you will be able to use your mobile device when travelling in the EU while paying the same prices as at home.

How does roaming work in the EU?

When you travel to a foreign country and phone, text or surf online with your mobile phone or device using your home country’s SIM card, you are roaming. Your operator in your home country pays the operator in the foreign country for the use of their networks. The price paid between operators is called the wholesale roaming price. It represents a cost to the home country operator and therefore impact on consumers’ final bills. This is why the Commission has worked to limit wholesale roaming prices in the EU, in parallel to its work to directly limit the retail prices paid by the consumer.

What are the different domestic prices for mobile services across the EU?

Europeans have different travel habits across the EU, and there are also different network costs in visited countries. A recent European Commission study also shows that consumer retail offers vary between member states. For example, in 2016 the cheapest monthly deals offering 1GB of data, 600 minutes of calls and 225 SMS ranged from 60 euro in Hungary to eight euro in Estonia (excl. VAT and any smartphone subsidy).

Since 2007, the European Commission has successfully worked to reduce the consumer price of roaming. This has changed the habits of many Europeans who previously used to switch their mobile phones off while travelling.

In 2013, the European Commission proposed legislation to end roaming charges for people periodically travelling in the EU. In October 2015, the European Parliament and the Council agreed that this should be in place as of June 15 2017.

As of June 15 2017, you will be able to use your mobile device when travelling in the EU, paying the same prices as at home, i.e. to roam like at home, subject to operators’ fair use policies.

For instance, if you pay for a monthly package of minutes, SMS and data in your country, any voice call, SMS and data session you make while travelling abroad in the EU will be deducted from that volume as if you were at home, with no extra charges.

What have been the different decreases in roaming prices?

Since 2007, the EU has achieved retail price reductions across calls of 92 per cent.

Since 2009, the EU has achieved retail price reductions across SMS of 92 per cent.

Data roaming is now up to 96 per cent cheaper compared to 2012 when the first EU retail price cap became applicable on data roaming.

What measures are needed to end roaming charges?

When agreeing the roam like at home mechanism, the European Parliament and the Council asked the Commission to develop a number of supporting measures to make this work in practice:

– A legislative proposal, by June 15 2016, to reform the wholesale roaming market, the maximum prices which operators charge each other for the use of their networks by roaming customers.

–   Rules on ‘fair use’ measures that operators can take to prevent abusive usage of the system, such as systematic resale of low-price SIM cards for permanent use in other countries. Such fair use policies are necessary to avoid negative effects on consumers in domestic markets.

–   An exceptional and temporary derogation system for operators to be used only if authorised by the national regulator, under strict circumstances when the end of roaming charges in a specific market could lead to domestic price increases for the customers of the operator. This derogation can only be authorised by the national regulator if the retail roaming losses of the operator would be equivalent to 3 per cent or more of its mobile services margin.

How will the end of roaming charges work?

Mobile operators have to offer their roaming services at domestic prices to consumers who either normally reside in or have stable links to the member state of the operator, while those customers are periodically travelling in the EU. If necessary, operators can ask their customers to provide proof of residence or of such stable links to the EU country in question.

Roaming providers may apply fair, reasonable and proportionate control mechanisms based on objective indicators to detect the risks of abusive or anomalous use of roam like at home beyond periodic travelling.

Who will be covered?

The draft rules will enable all European travellers using a SIM card, that allows roaming from a member state in which they reside or with which they have ‘stable links’ to, use their mobile device in any other EU country, just as they would at home. Examples of ‘stable links’ with the country of work or study include, for example, cross-border commuters and posted workers.

Do I need to register to Roam Like at Home?

No formal registration is required to benefit from roam like at home. From June 15 2017, it should be included by default in all customers’ mobile contracts on which operators offer roaming.

Operators may ask consumers to provide proof that their home (residence) is in the member state of the mobile operator.

The consumer may also prove stable links entailing frequent and substantial presence on the territory of the member state of the mobile operator, like an employment relationship or following recurring courses at University.

How will personal data be protected?

The roaming fair use rules explicitly require the roaming providers to comply with the relevant data protection rules. The Commission has consulted the European Data Protection Supervisor and has taken his comments into account. Operators can only use the information they already gather for billing purposes to check to what extent customers are using mobile and data services abroad compared to their consumption at home.

Yes. EU citizens can continue to buy any other SIM card in any EU Member State and surf and call at local tariffs or roam with that card. However they might not be able to benefit from roam like at home if they are not resident in the country where they bought the card or if they do not have stable links entailing frequent and substantial presence in this country.

What will be the role of the national regulatory authorities?

As under existing roaming rules, national regulatory authorities will monitor and check if mobile operators comply with the new rules, and take action if that is not the case.

Are there any regulatory safeguards?

The safeguards against abuse are based on clear principles and include indicators and tools which are reasonable, non-discriminatory, transparent, and respect privacy. In order to detect potential abuses, the roaming provider may perform checks of the usage patterns of customers both in their own member state and in other member states (control mechanism). This will be based on the information which operators already use to bill their customers, based on the following clear and transparent indicators:

Prevailing roaming consumption over domestic consumption AND prevailing presence in other member states of the EU over domestic presence (log-on to the roaming provider’s network) to be observed over a period of at least four months;
Long inactivity of a given SIM card associated with use mostly, if not exclusively, while roaming;
Subscription and sequential use of multiple SIM cards by the same customer while roaming.

Fair use policies have to be notified by the roaming provider to the national regulatory authority and be spelled out in detail in contracts.

Roam like at home is designed for travellers. In order to determine that the user might be abusively or anomalously using roam like at home, the operator would have to show the abuse over a period of time of at least four months.

If a customer spends more than two months abroad out of four months, and if the customer has consumed more abroad than at home over this time, operators may send an alert to that customer. Once the alert is received, the customer will have two weeks to clarify the situation. If the user continues to remain abroad, operators will be able to apply small surcharges (equivalent to wholesale roaming caps).

In case of disagreement, the operator must put complaints procedures in place. If the dispute persists, the customer may complain to the national regulatory authority who will settle the case.

For the most competitive contracts that offer unlimited data or data at very low domestic prices, below the wholesale roaming price cap, a safeguard on the volume of roaming data that can be consumed is foreseen so that these offers can be maintained.

Will the end of roaming charges increase domestic prices?

Since EU Regulations have been introduced to reduce roaming charges, domestic mobile prices have been decreasing as well. This trend is likely to continue.

The Implementing Act adopted by the Commission in December 2016 provides detailed rules on the two safeguards to avoid distortions on domestic markets that could otherwise lead to price increases: (1) fair use rules to enable mobile operators to prevent abusive or anomalous use of roaming services, such as permanent roaming and, (2) an exceptional and temporary derogation system for operators to be used only if authorised by the national regulator, under strict circumstances when the end of roaming charges in a specific market could lead to domestic price increases.

In the Impact Assessment accompanying the proposal for the regulation of wholesale roaming markets on June 15 2016, the Commission concluded that with the maximum wholesale charges proposed by the Commission at the time (0.04 euro per min of voice call, 0.01 euro per SMS, 8.5 euro per GB of data) the vast majority of mobile operators would not need to apply for this exceptional and temporary derogation system. The Commission considers that its conclusions at the time will be supported by the lower wholesale roaming caps agreed on January 31 2017. 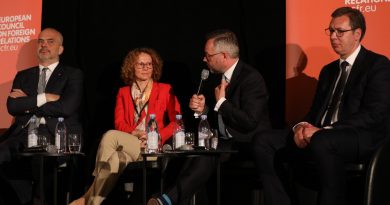 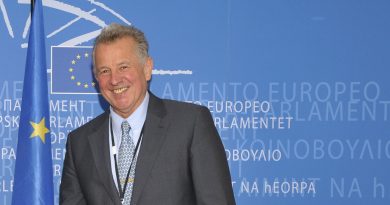