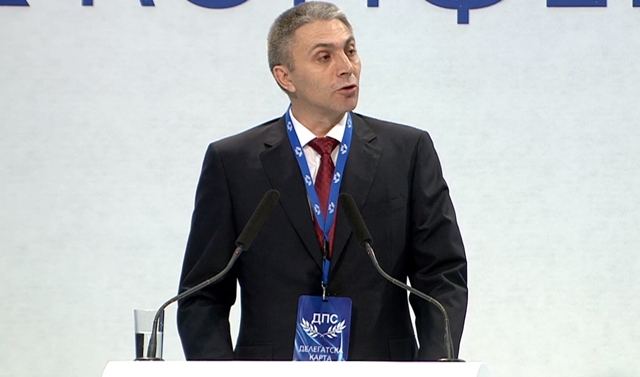 It may be that the election night news conference of second-ranked Bulgarian Socialist Party leader Kornelia Ninova was something of a record in terms of brevity. At the fourth- or perhaps third-ranked Movement for Rights and Freedoms, there too was little to say.

Mustafa Karadaya, who at the best of times has a notably ponderous manner when expressing himself, made just the briefest of remarks on the basis of March 26 election night exit polls, which placed his party a contested fourth. He went on, at an official news conference, to ramble ponderously on the topic of how it appeared that Boiko Borissov’s GERB had won the largest share of votes.

But, as polls indicated that the MRF was apparently hardly likely to be the dance partner of choice in any new coalition government negotiations, Karadaya was left only with the option of being beastly about the United Patriots, the nationalist formation that is certain to be sought out by those seeking to form the next government, in yearning for its seats and its support.

The Council of Europe, Karadaya said, had described this political formation as fascists. And for him, uncomfortable as he appeared to be in front of the cameras, this was clearly condemnation enough.

As it is, Karadaya had the task of holding seats in Bulgaria’s National Assembly for a party which – in statements – no other major party of significance had a wish to coalesce with. And up against a minority party, Lyutvi Mestan’s DOST, which was alleged to have had the powerful backing of Ankara, long said to have been the backers of the MRF.

But that was political history, that backing for the MRF. Still in Parliament, going by those exit polls, while DOST appeared to have not made the cut, Karadaya had the look of a man who – having been in opposition in the heady months since Mestan was ousted as the MRF chief – was destined to repeat this fruitless role.

Election results are not yet official and coalition government negotiations are yet to begin, but on the late night of Sunday after polls closed, Karadaya looked anything but someone whose seat at the feast table was assured. Anything but.