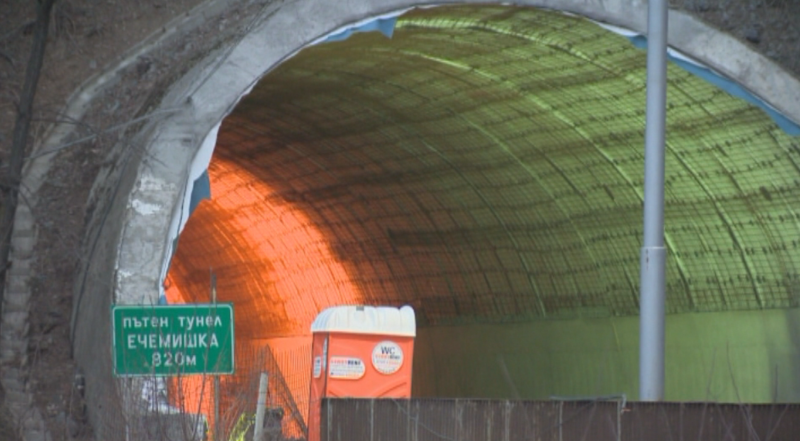 The inspections of the tunnels on Bulgaria’s national road network was ordered after a February 5 accident in which part of a light fitting in the Echemishka tunnel in northern Bulgaria came loose, falling on a passing car and killing a 64-year-woman.

Penchev, speaking in an interview with public broadcaster Bulgarian National Television, said that the check had found that the most dangerous tunnels were in Veliko Turnovo, the bypass at Lovech, and the Topli, Vitinya and Echemishka tunnels.

He said that over the past 20 years, there had been a severe lack of funding for the national road network in Bulgaria.

All tunnels and bridges that were not safe would be closed if necessary, Penchev said.

Where facilities did not have serious construction flaws, repairs could start immediately.

A committee would evaluate the risks and decide on closing tunnels and bridges.

“We will ask the Regional Development Minister for permission to make public the investigation into all hazardous facilities. Everyone should know what our problems are, and how much money is needed. And it should be clear that roads are a service, which for society and the economy are an expensive service.”

The Echemishka tunnel was re-opened on February 13 after urgent repairs.

Bulgaria’s caretaker Prime Minister Ognyan Gerdzhikov, who visited the site, said: “In five days we did more work than in five years”.

On February 8, Gerdzhikov fired the then-chairman of the Road Infrastructure Agency board and the executive director of the Avtomagistrali highways company because of the fatal accident in the Echemishka tunnel.

After the woman’s death, Bulgarian media gave prominent coverage to the state of tunnels on the national road network and in particular the Echemishka tunnel, establishing that problems with the tunnel had been identified up to 12 years ago. At one point, a lucrative contract was awarded to a company to carry out repairs, but nothing happened and the money was recovered.

Gerdzhikov’s statement about doing more work in five days than in five years (a timespan that includes five governments, two of them headed by Boiko Borissov) annoyed the GERB leader and former prime minister, whose infrastructure projects have been the signature symbol of his time in power.

Borissov said that the words of Gerdzhikov bordered on insolence. The GERB leader added that it was at the time of the Bulgarian Socialist Party-led tripartite coalition government, in 2005, that money was given for work on Echemishka tunnel, but nothing was done.

On February 13, caretaker Regional Development Minister Spas Popnikolov said that he had given a deadline of February 15 for a risk analysis with proposals for short-term and long-term measures to deal with problems of tunnels in critical condition. This risk analysis would show which tunnels should be repaired as a matter of priority.

The tunnels on Bulgaria’s motorways were generally newly-built and should not be in critical condition, Popnikolov said.