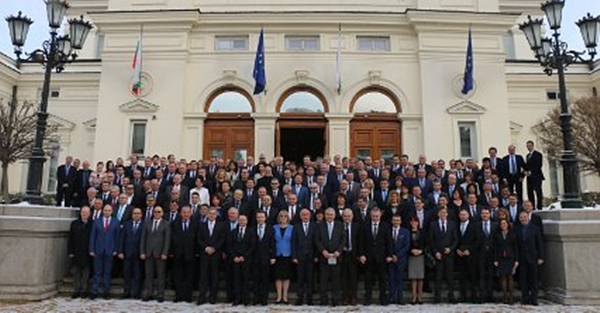 A week after President Roumen Radev told Bulgaria’s MPs “you have one more week”, the 43rd National Assembly held its final sitting on January 26 2017.

The sitting lasted just a few hours, with 136 out of Bulgaria’s 240 registered as present, closing off business with second-reading approval of bills that had passed their first hurdle months before.

The eight parliamentary groups bid their farewells to a National Assembly that had been elected in October 2014 and now makes way for a new one to be elected on March 26 2017. 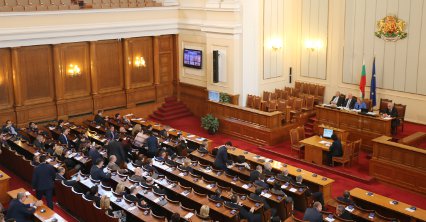 Parliament held its final sitting on the eve of the outgoing Borissov government, which resigned in November 2016 after Borissov’s party’s candidate was defeated in presidential elections by opposition socialist-backed Radev, handing over power to a caretaker government headed by law professor Ognyan Gerdzhikov.

The 43rd National Assembly has wound up business without dealing with a number of significant issues, including the outcome of the November 2016 national referendum on changes to the electoral system, and an anti-corruption bill long left on the backburner.

Speaker Tsetska Tsacheva told the House that for everyone, it was a matter of merit that this Parliament had worked without being barricaded behind iron fences, police cars and uniformed officers – a reference to the 42nd National Assembly, which also ended its term early amid widespread public protests against the then socialist-MRF ruling axis. 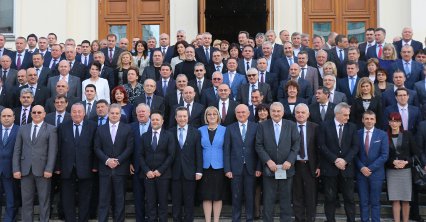 Tsacheva said that this Parliament had had a good dialogue with civil society and was “the most accessible and transparent public institution”.

Kornelia Ninova, leader of the opposition Bulgarian Socialist Party, whose 38 MPs in the 43rd National Assembly made it the second-largest group after GERB’s 84, emphasised the low approval rating of Parliament, citing it as having been a mere seven per cent.

This Parliament had been a failure, she said.

Referring to Radev’s controversial ad-lib a week earlier, when he told MPs “you have one week”, Ninova said that while the ruling majority had been offended, the comment had “received enthusiastic support from many Bulgarians”.

Tsacheva, responding to Ninova’s comments, asked if anyone else wanted to start the election campaign.

Tsvetan Tsvetanov said that at a meeting of Parliament’s presiding offices and parliamentary group leaders on January 25, it had been agreed that there would be no political declarations, especially that the National Assembly had so recently only opened its 2017 sitting.

Tsvetanov, addressing Ninova and the BSP, went on to lash out at their promised vastly increased spending on pensions, asking them to prove where the money would come from.

Mustafa Karadaya, leader of the opposition Movement for Rights and Freedoms, said that a cursory analysis of the past two years showed that the divisions in Bulgarian society had deepened. “The language of hatred dominates.”
Karadaya asked if the model of confrontation would continue, or whether, despite the differences, dialogue would be sought in the name of development of the country. “This question must be answered by every one of us, this issue must be essential to the parties and therefore, everyone must make his choice,” he said.

Naiden Zelenogorski, of the centre-right Reformist Bloc coalition, said that Bulgaria was now in good financial condition, had 13 billion leva in the fiscal reserve, a surplus and strong economic growth. It remained for the next Parliament to adopt the anti-corruption law and make irreversible the changes to achieve judicial reform, he said.

Valeri Simeonov, co-leader of the nationalist Patriotic Front – currently part of a wider coalition with Volen Siderov’s Ataka, known as the “United Patriots”, that stood together last November and intends to stand together in the March elections – said that in the next National Assembly, the coalition would partner with parties that “work towards solving the demographic crisis”.

Simeonov said that “never again” would the MRF be the holder of the balance of power in the National Assembly. To illustrate his point, he held up a large clock, labelled MRF, and told that party’s MPs: “Your last hour is coming”.

The 43rd National Assembly had been a success, Simeonov said, adding that his PF coalition had achieved results, which he described as including “limitation of the influence of the politico-mafia structure of the MRF and other ethnic parties through their exclusion from the government”.

He also claimed successes for the work of Parliament in the energy sector and in the construction “almost finished” of the fence at the Turkish border, meant to curb illegal migration.