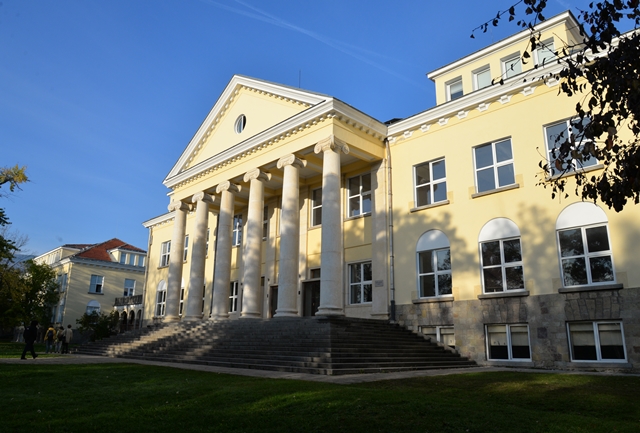 Bulgaria’s American College of Sofia celebrates in 2017 a quarter-century since its rebirth at the dawn of a new era of democracy in the country.

Its roots lie much deeper than that, reaching as far as the latter half of the 19th century, as Bulgaria was on its way towards emerging as a sovereign country independent of Ottoman rule.

Those roots were shaken at the time of the Second World War and the ensuing Cold War, when the traditions of the American College of Sofia lay fallow for decades, until the school was re-grown once more, to flourish in today’s times.

The 25th anniversary of the American College of Sofia finds it having produced, since its 1992 re-opening, about 2000 graduates – Bulgarian and international pupils, drawn to the school by its superb adherence to the finest traditions of first-world education.

There is considerable symbolism that this landmark year sees progress on a landmark project – the school’s new Campus Centre, involving the complete renovation of Ostrander Hall including the Whitaker Auditorium, and the construction of a beautiful new library and learning centre, a student centre, new cafeteria, and numerous other teaching and learning facilities.

The centre is based on a philosophy of student-centred design, flexible learning places, appropriate technology and learning opportunities. 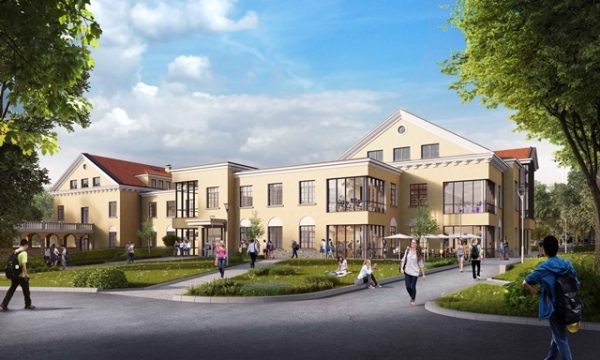 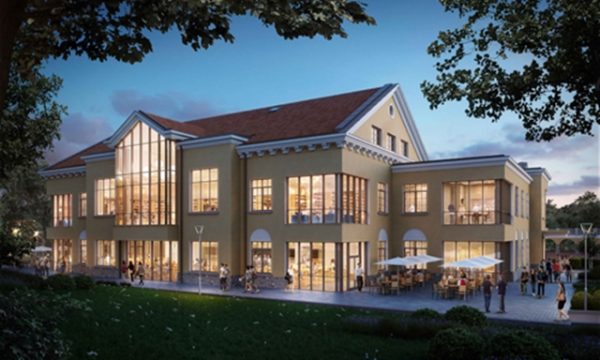 Funding for the Campus Centre is coming from the America for Bulgaria Foundation, as well as grants from American Schools and Hospitals Abroad (ASHA), and significant personal donations from trustees, gifts and pledges from friends of the College, along with alumni contributions.

The ground-breaking ceremony for the centre was held in September 2016 and completion is expected to take about 14 months.

It is all a long way from the scrambling of the time that the College re-opened, with Dr Roger Whitaker as the first President, to get the classrooms in order for the first enrolment of pupils – down to the feat of making sure there would be desks to sit at.

Dr Whitaker, now the chair of the board of trustees of the College, notes, “we delight every day in the success of the College as it graduates amazing students who we know will make a difference in their chosen futures.

“Many ACS graduates will continue their education at universities in the US, Bulgaria or other parts of Europe. Many will continue to pursue graduate degrees and establish themselves as first-rate professionals in whatever field they choose.”

For the pupils at ACS, the experience both in the classrooms and in extra-curricular activities are at levels that would be familiar to any student at a high-standard Western school; from the stimulating approach to learning, the upholding of the traditions of the ACS Honor Code, and the broad range of activities beyond the curriculum in which students can involve themselves, according to their individual interests.

Given the unwaveringly high standards at ACS, it is no wonder that its quarter-century of re-birth have seen it accredited, not only by the Bulgarian Ministry of Education and Science, but also several years ago, in the US, by the Middle States Association of Colleges and Schools, while it is also certified by the International Baccalaureate Organization as an IB World School.