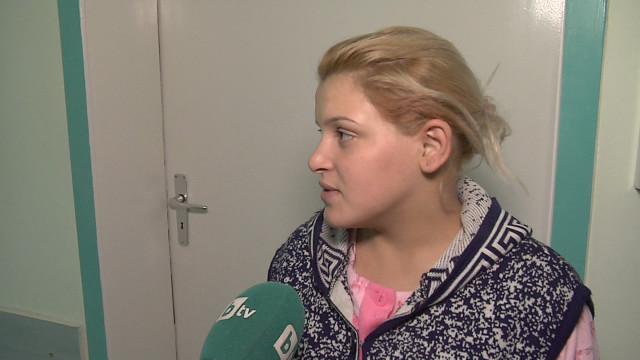 It is a dreary ritual for reporters with the coming of a New Year, churning out the routine stories that traditionally accompany the day – fireworks injuries, the number of drink-drivers apprehended, the first baby of the year. Largely boring fodder, generally forgotten whenever the first legitimate news story presents itself.

But as Bulgaria met 2017, the story of the first baby of the year has run for days, because he was born to a mother aged all of 13 years old.

Leave aside, as every media in this country has, those provisions of the Code of Ethics of the Bulgarian Media governing the coverage of children (“We shall not publish information or photographs about the private life of a child unless there is an overriding public interest. We shall protect the identity of children involved in or affected by tragedy or criminal activity, in case it might turn out to be harmful”); we know the mother’s name, Zlatka, the father’s name, Angel, and the baby’s name, Dinko (for his grandfather, who is all of 33).

These names are now very much in the public domain, as is the neighbourhood where these children come from, and that they are from Bulgaria’s Roma ethnic minority (A little further on in that Code of Ethics: “We shall not refer to a person’s race, colour, religion, ethnic background, sexual orientation, mental or physical condition, unless it is of importance to the meaning of the story”).

To dwell for a moment on the issues raised by the widespread coverage in the Bulgarian media, public interest may be argued, while strict interpretations of journalistic codes of ethics may see even first names – along with references to where the children live – as meeting the test of identification. The criteria of involvement in criminal activity is clear: Article 151 of Bulgaria’s Penal Code criminalises sexual intercourse with a child younger than 14. Prosecutors have announced officially that they intend to pursue Angel, who reportedly is 15. The penalty for violating Article 151 is two to six years in jail.

Unfortunately, the repeated references to the ethnicity of the children involved also may meet the test of relevance. Zlatka’s story returned to the news agenda (especially given the dearth of news in the traditionally quiet first days of January) the issues around Roma integration in Bulgaria. It led to wider coverage of just how many Roma teenagers – and even in some cases, pre-teens – give birth.

It also served as a reminder of one of Bulgaria’s more striking laws, pushed on to the statute books at the insistence of ultra-nationalist political forces in recent years. The statute says that when a minor gives birth, the minor’s parents are deprived of social benefits. The law was written precisely that way as a means of discouraging underage births in the Roma community, against a background of allegations by ultra-nationalist parties that Roma people exploit the benefits system.

One television station presented a debate involving Angel Dzhambazki, an ultra-nationalist politician, as responding in typically militant fashion to the Zlatka story by calling for action to shut down what he termed the “Roma profession” syndrome in Bulgaria. In what will be an election year in Bulgaria, with nationalists already having boosted their electoral performance in 2016 with a strong anti-migration line, the theme of the supposed existence of the “Roma profession” will certainly be heard from them again before the ballot boxes open.

Zlatka herself said that the pregnancy was a conscious decision. We know this because she said so in a television interview, as the first days of 2017 made her face one of the most recognisable in Bulgaria. “I wanted the baby,” the television station headlined its report, in which Zlatka said that she had not attended school for a year. Reportedly, she was illiterate; one unconfirmed report claimed that she had been in the sixth grade for the fourth time, though given her age, it was difficult to see how that could be true (a Bulgarian child generally would reach sixth grade at the age of about 12). Reporters also said they had sought answers how a child could be in sixth grade and be illiterate; there was no clear answer.

A story that caused adverse reactions among many Bulgarians on social networks came out on January 4, when the family was reported as saying that they wanted “gifts” from the state. The father’s mother was quoted as saying, “gifts should be given, because this is the first child. They can give the baby a cot, so that we don’t have to spend money”. The baby’s paternal grandfather was more ambitious, suggesting an apartment as a gift to the couple (a somewhat striking contrast to the idea of prosecutors, who appear to have a jail cell in mind as accommodation for the father).

The same story said that the father of the baby was “not sorry” for what had happened. He was yet to make up his mind whether to continue going to school.

While the 2016 law against the new grandparents receiving social benefits now has taken effect, the 13-year-old mother is eligible for benefits. The story said that a 150 leva (about 75 euro) payment had been paid, and further assistance would come not in the form of cash, but as vouchers to the value of 100 leva a month. Ironically, however, because Zlatka is a minor, she cannot receive these directly – they have to be handed to the grandmother, once the necessary documentation is completed. In parallel, the same story noted that prosecutors in Sliven had been drawing up their own documents and criminal proceedings had been initiated.

Further coverage in various media gave an idea of the scope of the issue. While Zlatka had been discharged from hospital, the baby remained the subject of medical monitoring – babies that are premature or underweight hardly being an uncommon occurence in the case of young teenage girls whose bodies, while capable of conception, are hardly fully ready for carrying a child to term normally.

According to a report by Bulgarian National Radio, the Social Assistance Agency said that it had stopped benefits in 191 cases where the mothers of minors had become grandmothers. The agency said that in Bulgaria, every year about 800 girls become mothers before the age of majority. Most teenage mothers are in Sliven (as is the case with Zlatka) and in Plovdiv and Bourgas. Currently, about 2700 underage mothers are receiving vouchers every month. In several cases, however, benefits have been stopped because the young mothers have left school to marry.

Bulgarian news agency BTA reported Dr Tatyana Pramatarova, head of the neonatology division at a hospital in Sliven, as saying that of 1287 births in the hospital in 2016, a total of 209 were to girls younger than 18. Of this second total, five mothers were younger than 13, a total of 24 were aged 14, a further 34 were aged 15, in turn 59 were 16 and 87 were 17 years old.

The doctor said that because of the susceptibility of premature babies to breathing problems and infections, their stays in hospital were significantly longer – adding up to costs running into several thousand leva.

Rositsa Stefanova, a social worker and counsellor in Sliven, said that of the 16 babies born at the hospital in the New Year, only two were not Roma and five of the mothers were minors. Her records showed that in 2016, a total of 221 children were deemed to be at risk of abandonment.

Separately, Mitko Minev, of a primary school in Sliven, said that every year, an average of 20 children drop out of school because of early marriage.

“We work with various NGOs, with the Bulgarian Red Cross, who present talks about early marriages, about preventing pregnancy or sexually-transmitted diseases. If even one child responds to them, this is a victory,” he said.

The story quoted Mitev as saying that it was difficult to work with children from this community. “In their system of values, education is not in the foreground,” he was quoted as saying. “Girls’ priority is marriage, starting a family”.

Prosecutors took umbrage at allegations by unnamed social workers that they did not pursue cases of underage births because, according to one quote, “these are traditions in the Roma community”.

Statistics posted on the website of the Prosecutor’s Office, in response to the allegations, said that over the past three years, meaning from 2014 to 2016, the Sliven District Prosecutor’s Office had submitted to court a total of 115 indictments under Article 151 of the Penal Code (sex with an under-14) and Article 191 (which includes facilitation of under-age partnerships). The statement said that 109 people had been convicted and there had been no acquittals. In 34 cases, the person found guilty was imprisoned.

Over the same period, the child protection unit at the Sliven prosecutor’s office had filed 302 reports of alleged offences under these provisions of the Penal Code. In 192 cases, criminal proceedings were not instituted, for lack of evidence.

“There is not one case in which the waiver is on the grounds of ‘such traditions in the Roma community’,” the statement said. The most common reasons for abandonment of proceedings were that it had been found that the girl was above the age of consent for sex or above 16 and thus could have a common-law partner.

It emerged, meanwhile, that Zlatka did not represent a record for her neighbourhood by giving birth at 13. That record was held by an 11-year-old, who had been brought to hospital wearing a wedding dress after labour pains began while her parents were hosting a feast for her and the 19-year-old father.

The story of Zlatka had one further irony. As it turned out, the story of the first baby of 2017 in Bulgaria was wrong; Zlatka and her family would get no gift from the municipality, customarily given in such circumstances, because a few minutes earlier than the birth of Dinko, elsewhere a baby had been born, to a woman of 21.

So where has this long story of Zlatka taken us? By the late afternoon of January 5, her name and face had dropped off the front pages and from the running orders of the major news bulletins. The news cycle had moved on, with all the media preoccupied with the dire forecasts of heavy snowfalls and record-low temperatures to Bulgaria. In the expectation of mayhem, the teenager’s figurative 15 minutes of fame expired.

When it comes to issues regarding the Roma minority in Bulgaria, it is ever so. A conflict, a confrontation, or the birth of a baby to a mother too young for many things, including motherhood itself, and the issue surfaces, is the subject of chit-chat on social networks, screaming headlines, defensive statements (or none at all) from institutions, statements from various stripes of politicians that are either mealy-mouthed or downright offensive, some brief hand-wringing, and then all is forgotten again, until the next scandal. 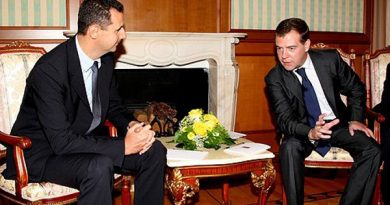