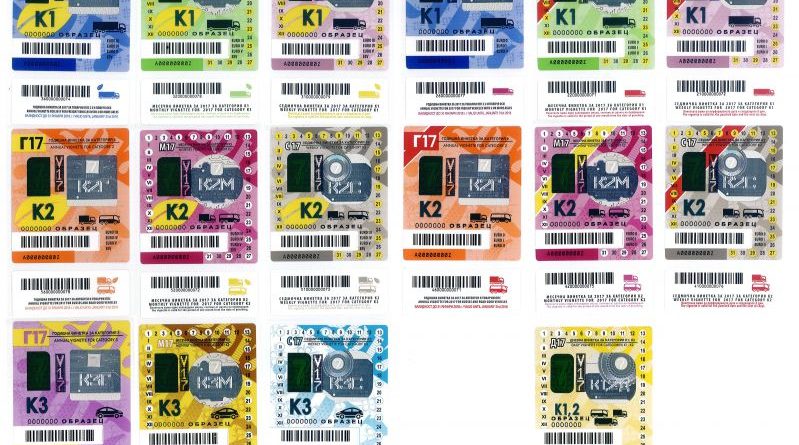 The prices of Bulgaria’s road tax stickers, known as vignettes, will remain unchanged in 2017.

Prices rose in 2016, the first time in several years.

A vignette for a car will 97 leva for an annual sticker, 30 leva for a monthly one and 15 leva for one valid for a week.

Printing of the vignettes began in September and they will go on sale on December 20.

The design for the 2017 road tax stickers has been changed. Security features, to identify a vignette as valid, include three types of holograms and special colour effects.

There have been incidents of defrauding the system, such as passing vignettes from lorry to lorry. There also have been numerous incidents of foreign motorists transiting Bulgaria being found not to have affixed vignettes to their cars, reports said.

Most of Bulgaria’s Black Sea, mountain resort hotels will not open this summer – report