Bulgaria’s Supreme Administrative Court has overturned a decision by the Central Election Commission (CEC) that limited state subsidies for election advertising to national radio and television station and newspapers with “national circulation” – and that excluded online news websites.

The CEC decision had sparked severe criticism by the Union of Publishers in Bulgaria and the association of regional media.

After a court hearing on October 5, one online Bulgarian website reported – with some indignation – that a CEC member had told the court that internet sites “were not media” because they were not subject to statutory regulation, as in the case where the Council for Electronic Media is empowered by law to regulate radio and television stations.

The application to overturn the CEC decision was lodged by Maria Cappone’s United People’s Party, which told the court that there was no legal definition of what constituted a newspaper with “national circulation” and that there were news websites with audiences much larger than those of some national media.

The United People’s Party said that by rejecting internet websites, the CEC was using 20th century thinking and definitions.

The CEC reportedly came to the decision because of allegations of abuses of the system of the awarding of state subsidies for campaign advertising during election campaigns,

Under the system, initiative committees that do not already receive state subsidies are awarded packages worth 40 000 leva to place advertising. The payment of the money for the advertising comes directly from the CEC to the media where the ad has been placed.

In 2015, there were allegations that some committees funnelled the business to obscure websites with which they allied.

The Supreme Administrative Court’s decision is final and as such, not subject to appeal.

The court said that the CEC decision limiting the awarding of media packages “does not correspond to any provision of applicable law and therefore appears illegal”.

It agreed with the argument of the CEC for restrictions regarding the spending of funds to prevent abuse, but said that difficulties could not serve as an argument for introducing provisions not in the law.

The court found that the CEC’s actions were in violation of the principle of proportionality, as an administrative act and its implementation affected rights and legitimate interests to an extent that was more than necessary for the purpose for which the decision was made.

Public broadcaster Bulgarian National Radio reported CEC spokesperson Alexander Andreev as saying that the commission would comply with the ruling of the court and correct the wording of its decision accordingly.

A new version that does not restrict media where advertising may be placed to national-level media would be proposed for consideration at a CEC meeting scheduled for October 8, Andreev said. 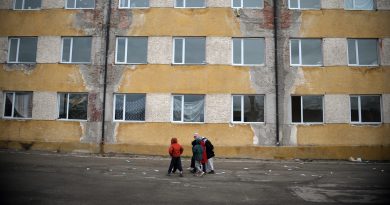