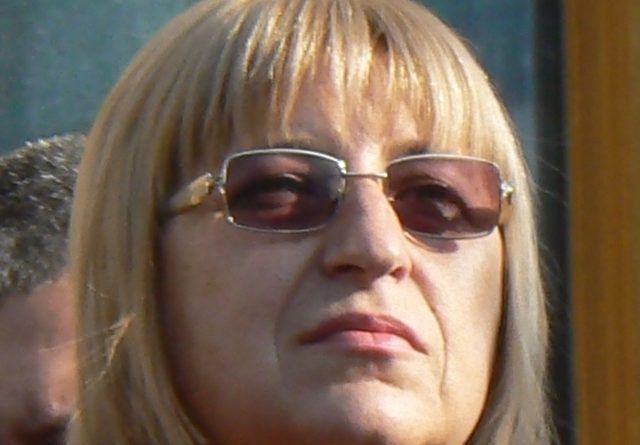 Sofia University law graduate Tsacheva (58) has been a GERB MP since 2009, was Speaker from July 2009 to March 2013 and took up the post again after Bulgaria’s October 2014 early parliamentary elections.

Borissov made the announcement after, at the close of a monologue of close to an hour, assessing the merits of the candidates who had been shortlisted to be the GERB presidential candidate, including Sofia mayor Yordanka Fandukova, Bourgas mayor Dimitar Nikolov, Deputy Prime Minister Tomislav Donchev, Tsacheva and himself.

The announcement of Tsacheva’s name is a reversal of her denial in August that she would be a candidate. On August 30, she told Bulgarian National Radio that she intended proceeding with her tasks as Parliament’s presiding officer and did not intend shifting jobs.

Borissov listed the reasons for choosing Tsacheva as including her excellent knowledge of the country’s legislation and the fact that as Speaker, she was accustomed to working with all political parties.

He said that it was important for Fandukova to remain at her post in Sofia while, Borissov said, Donchev was the “motor and generator of ideas” in the Cabinet.

Borissov said that much had been said about the “fathers of the nation”. “There have been many fathers, it is high time for the nation to have a mother”.

After Borissov announced that Tsacheva would be the candidate, those who had been shortlisted paraded at the podium to praise her in a succession of endorsements.

GERB’s announcement of its presidential candidate had been long-awaited and came just two days before the deadline for registering candidates at the Central Election Commission.

Bulgarians will be electing a head of state to succeed Rossen Plevneliev, who won the elections at the second round on a GERB ticket in 2011. Plevneliev, citing personal reasons, said in May that he would not be available to stand for election to a second term in office.