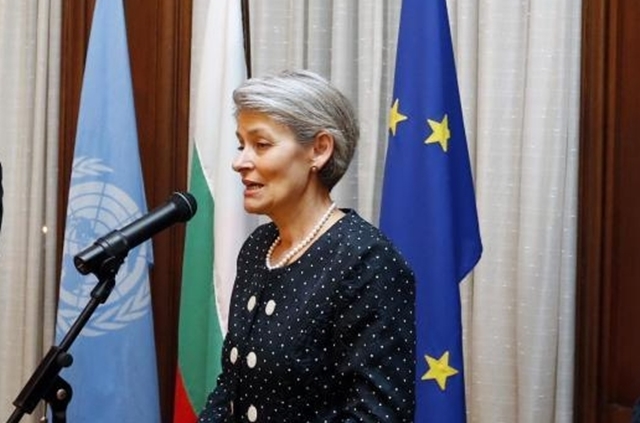 The Bulgarian candidate to be the next UN Secretary-General, Irina Bokova, says that she sees “no serious reason” to withdraw from the race in spite of her declining results in UN Security Council votes on the candidates.

In a UN Security Council vote on September 26, Bokova came in sixth, her worst result yet. In the previous four votes by the 15-member body, the highest that Bokova ranked was joint third.

A controversial candidate in Bulgaria because of her association with a communist past, Bokova has been the subject of reports that the Cabinet could dump her from the race, to replace her with respected European Commission Vice-President Kristalina Georgieva.

On September 13, Prime Minister Boiko Borissov said that if Bokova failed to gain one of the top two places in the September 26 Security Council vote, his government would rethink the question of its candidate. The Cabinet was scheduled to meet on September 28, but it remained unclear whether Bokova would be jettisoned.

In an interview with local media, published on September 28, Bokova was quoted as saying that “no other candidate, even those with bad results” had withdrawn, because the real competition for the post still lay ahead.

Bokova said that calls for her to pull out of the race were unworthy. A second Bulgarian candidate for the UN top job would, according to Bokova, be “a laughing stock”.

Bokova alleged that “some circles in Bulgaria and outside Bulgaria” had embarked on a negative campaign against her because they “saw had a chance to win”.

She said that she was the only candidate against whom “a hysterical campaign, denigration and slander” had been conducted from within her own country.

The “shadow” of a second Bulgarian candidate – a reference to Georgieva, who has not ruled out an entry to the race but has emphasised that this is up to the government to decide – was unprecedented in the history of such elections, Bokova said.

She said that she expects “a sober political assessment and sincere and serious political support from the government and the Bulgarian institutions.”

According to Bokova, the campaign against her, in which – she alleged – “some circles of the government” were involved, had caused great bewilderment not only at UN headquarters in New York but also throughout the world.

Vote of no confidence in Bulgarian cabinet defeated