Four police from the district police directorate in Bulgaria’s capital city Sofia have been arrested on suspicion of acting as an organised crime group, accepting large bribes to assist traffickers of migrants.

The four were arrested in a raid in Slivnitsa on July 18, according to Roumyana Arnaudova, spokesperson for the Bulgarian Prosecutor-General’s Office.

The head of internal security at the Interior Ministry, Roumen Ganev, said that the main part of the operation for which the four police accepted bribes to assist was transporting migrants from Sofia to Dragoman.

The investigation began on April 11 when a tip-off was received about an operation to smuggle migrants across Bulgaria’s border. The police suspected to be involved in corruption in assisting the operation were put under electronic surveillance.

Prosecutors allege that the police themselves took part in organising the transport of migrants.

The alleged head of the group, Georgi Zhekov, was found in possession of 150 euro in marked notes.

The group were found to be in possession of large sums of cash in various currencies and firearms, to a total value of 40 000 leva (about 20 000 euro), prosecutors said.

Ganev said that it was also suspected that the arrested police had taken bribes during road checks on the road from Kalotina to Kapitan Andreevo border checkpoint. He said that it was assumed that they were among police who, for years, have been the subject of complaints from foreign nationals about money being extorted from them when crossing the border near Slivnitsa.

He said that the group had assisted the migrant-traffickers with advice how to avoid border security and bypass the border checkpoints.

Prosecutor-General Sotir Tsatsarov and Interior Minister Roumyana Buchvarova had been notified about the case, reports said. 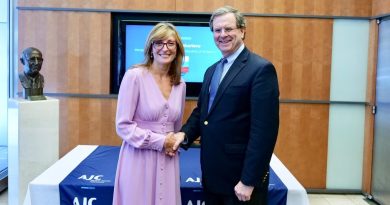