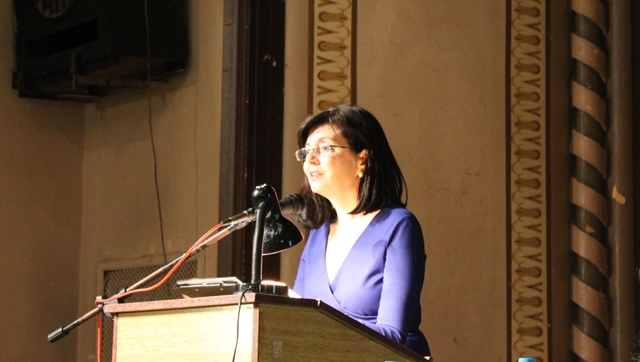 Bulgaria’s Education Minister Meglena Kouneva has expressed support for Prosecutor-General Sotir Tsatsarov’s idea of banning the wearing of the burqa at schools.

He called for a very careful discussion of the issue, adding that there should be no restrictions on religious freedom, while saying that religious motifs should not be used for unlawful propaganda, political ends or radicalisation.

“But this is something that in any case have to be discussed very carefully. This discussion should begin at the relevant bodies of executive government,” he said.

Kouneva, speaking at a meeting with teachers and heads of schools from the towns of Haskovo, Kurdzhali and Stara Zagora, said that she thought that the idea of banning burqas from schools was correct, according to a report by public broadcaster Bulgarian National Radio.

“This is done in France by law. There was a very large public discussion. I think that we are a tolerant and open people, but there are situations in which we need to assess our every step,” said Kouneva, who is also one of Bulgaria’s four deputy prime ministers and is leader of a party within the governing coalition.

In Bulgaria’s second city Plovdiv, municipal councillors from nationalist party VMRO – which at national government level is part of the ruling coalition deal – said that they were preparing to propose changes to the city’s regulations on public order and security to ban the wearing of “traditional religious symbols”, local media said.

“This is about those head coverings and sheets in which Muslims are dressed,” VMRO regional party co-ordinator Alexander Sidi said.

“We have had preliminary informal discussions with the mayor Ivan Totev and other councillors,” Sidi said. “We think that we can convince other colleagues from all groups to vote in favour.”

Angel Dzhambazki, an MEP for VMRO, said that the party was discussing how to impose a burqa ban in Bulgaria, through local regulations or national legislation.

(Photo of Kouneva: Ministry of Education)

Plevneliev and Ataka: Not quite on the same page 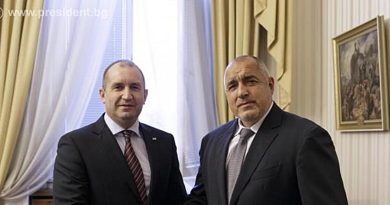