Bulgaria’s government decided on February 17 to cancel a tender, called last month and estimated to be worth 484 million leva over a period of 11 years, to pick a new contractor to print Bulgarian identification documents.

Earlier this month, the Interior Ministry announced plans to set up a new company that would print the ID cards and passports, but those plans now appear to have changed. Speaking after the weekly Cabinet meeting, Finance Minister Vladislav Goranov said that government would spin off part of the Bulgarian National Bank (BNB) printing house, with the new entity then transferred under the jurisdiction of the Interior Ministry.

This move would create cost savings on future ID printing costs, which is why the Cabinet was cancelling the current tender and intended to call a new one, which would be worth less money, Goranov said.

Bulgaria’s existing contract with Siemens, which supplies materials and provides maintenance for the ID printing equipment, expires in April. The Cabinet authorised Interior Minister Roumyana Buchvarova to call a public procurement tender to pick a company that would provide the same service for 12 months, giving the ministry enough time to plan and carry out the switch in the printing process to the BNB printing house spin-off.

Additionally, the Cabinet also cancelled a 95 million leva tender for the construction of forest roads in south-western Bulgaria, which was awarded to a company that media reports linked to controversial media mogul and MP Delyan Peevski.

Goranov gave no specific reason for the decision, but said that the “heightened public interest and the suspicions that, whenever large public procurement is involved, the process is not sufficiently transparent, motivates us to organise matters even more publicly and transparently, to avoid any suspicion that there is something wrong”.

The ID tender is the second major public procurement cancelled by the government this week and comes just days after Prime Minister Boiko Borissov ordered the cancellation of two tenders to build a 59km stretch of Hemus Motorway, in which the winners were awarded a combined 756.8 million leva. Reports in Bulgarian media said that the two tenders were won by consortia of firms linked to Peevski and Valentin Zlatev, head of the Bulgarian refining and downstream operations of Russian oil company Lukoil. 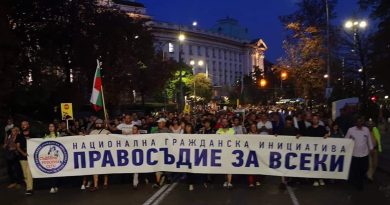 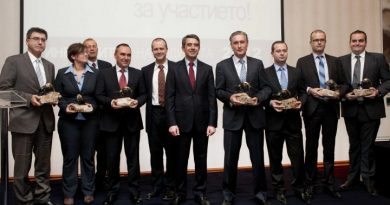 Eight companies get gongs at Bulgarian Investor of the Year awards