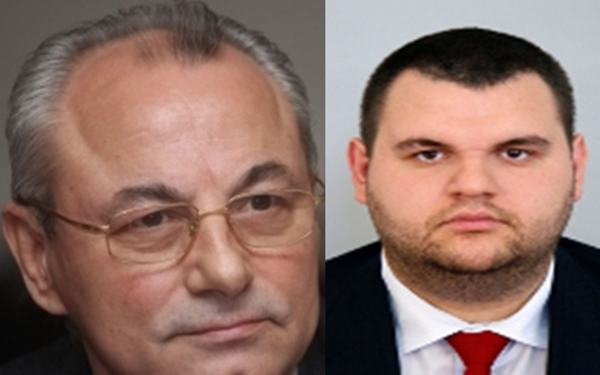 Bulgaria’s Ministry of Foreign Affairs has no official information about Turkey banning Movement for Rights and Freedoms honorary president Ahmed Dogan and controversial business person and MRF MP Delyan Peevski from entering that country, the National Assembly was told on February 12 2016.

This was stated in Parliament by Deputy Foreign Minister Valentin Poryazov after the MRF parliamentary group requested that Foreign Minister Daniel Mitov come to the House to make a statement about the matter.

On the morning of February 12, MRF acting co-leader Mustafa Karadaya proposed inviting Mitov to Parliament to clarify, confirm or deny media reports about the ban. The minister should notify the National Assembly about the action that it had taken so far and the measures to be taken, Karadaya said.

An initial report in Turkish newspaper Star said that the ban against the two was prompted by Dogan’s recent ouster of long-time ally Lyutvi Mestan as leader of the MRF in December 2015. Dogan had Mestan expelled as leader of the MRF and from all party positions and membership after Mestan read out a declaration in Parliament taking the side of Ankara following Turkey’s downing of a Russian air force bomber near Syrian air space, in November 2015.

On February 11, several Bulgarian media, including public broadcasters Bulgarian National Television (BNT) and Bulgarian National Radio (BNR), said that the Turkish embassy in Sofia confirmed the travel ban but declined further comment. BNR’s report said that, when contacted for a second time, the embassy declined to either confirm or deny the existence of such a ban.

In a media statement on February 11, Peevski said that if there was such a ban, it showed that Dogan had succeeded in protecting Bulgarian national interests and “even if I was a small part in this process” Peevski said that he was glad to have contributed as well to protecting the interests of the MRF and preventing it “being placed at the service of foreign interests”.

Meanwhile, on February 12 Bulgarian-language site Mediapool said that the National Revenue Agency had confirmed that it was checking the businesses of Peevski, in connection with the origin of funds in recent transactions. The check had been started regularly, the agency said, declining to give further details for reasons of confidentiality.

In recent months, a company of which Peevski is the 90 per cent owner (the remaining 10 per cent being held by his mother, Irena Krasteva) has acquired 50 per cent of Bulgartabac Holding and 18 per cent of the Plovdiv cigarette packing plant, Yuri Gagarin. Peevski also has stated that he is buying half the shares of electronic appliances retail chain Technopolis.

Peevski also was reported to have been buying long-idled Vratsa fertiliser plan Chimco for 11.7 million leva. Recently, reports said that Peevski and his mother were buying a building in the Sofia neighbourhood Manastirski Livadi, in which television station bTV is housed, for 2.8 million euro.

None of these transactions involved borrowing, while the capital of Peevski’s company was being increased by 900 000 leva, Mediapool said. It was only in the case of the bTV building that he had sold another property in the centre of Sofia, which “most likely” had funded the transaction, Mediapool said.