Europe in 2015 faced its most severe migration crisis in centuries as an estimated one million people – mostly Muslims – fled war in Syria and poverty in other countries of the Middle East and Africa and made the complicated trek across Turkey and eastern Europe to reach Western Europe.

With another three million migrants and refugees expected in 2016, the mass migration has raised questions about the future of Europe and the ability of its countries to absorb the migrants both culturally and economically.

Migrants had been pouring into Europe for months, but images of a drowned three-year-old Syrian boy on a Turkish beach in September shocked the world and drew Western sympathy for those fleeing a worsening conflict in Syria.

Thousands embarked daily on the trek through Turkey, Greece, the Balkans, and finally to a gap in the border fence between Serbia and Hungary, the last stretch before reaching the Austrian border, the gateway to western Europe.

Candies, cigarettes, and then what?
In Vienna, trains arriving from Hungary were met by applause. Young Austrian women welcomed the migrants and refugees with candies and cigarettes. One woman, Denise Neuhauser, said Europe could not turn these people away, and questions about culture and assimilation are another discussion, for another time.

“I really do not know what the bigger picture is, but right now, take care of the people, give them food, give them drink, give them shelter, and let them pass through,” Neuhauser said.

A focal point of the influx was Budapest’s main train station, where most said their final destination was Germany or Sweden, where generous public assistance programs promised them a future. There, Tariq, a 25 year-old university student from a suburb of Damascus, said Hungary offered him food and a place to sleep, but no money. He said he was heading for Germany.

The Swedish leader called the migrant situation untenable and said it is clear the migration policies of the European Union need to be completely reviewed.

European skepticism grew even more after the terrorist attacks in Paris. Two of the attackers had traveled to Europe undetected, posing as refugees.

Earlier in the year, German Chancellor Angela Merkel said her country is a strong, prosperous society with the strength to help and absorb the migrants. By year’s end, that welcoming attitude appeared to have shifted under the pressure of the sheer numbers of new arrivals and political pressure at home.

Speaking at her Christian Democratic Union party’s year-end convention, Merkel said Germany wants to, and will, reduce the number of refugees entering the country.

The year 2015 ended with discussions among EU members on beefing up borders, but Europe has no comprehensive plan on dealing with the influx, a phenomenon that leaders say will continue to be a test for the region in 2016 and beyond. 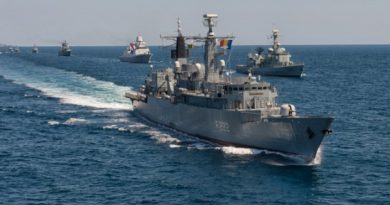 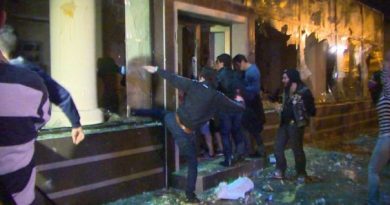