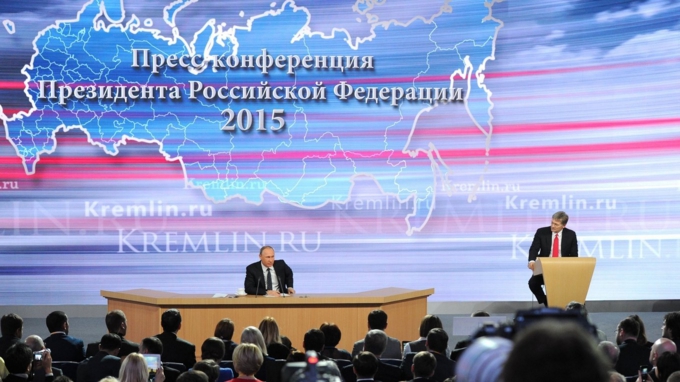 A year after announcing the cancellation of the South Stream gas pipeline proposal during a visit to Ankara, Russian president has once again blamed Bulgaria’s “toothless position” on the project for its demise, during his annual meeting with the press on December 17.

Answering a question about Russia’s gas exports to Europe, Putin said that Russia was prepared to begin construction on the offshore section of the pipeline, but was not allowed to do so. “I am surprised by the toothless position of the Bulgarian leadership, which, for reasons unclear, ignored national interests,” Putin told the audience of more than 1000 reporters.

“We devised this project because we wanted to support Bulgaria, but if they did not want it, then there’s no need [to build it],” he said.

The phrasing of the question implied that Ukraine could cut off transit of Russian gas to Europe – at odds with continued efforts by authorities in Kyiv to maintain the transit route and oppose all routes bypassing the country.

But it also allowed Putin to strike a more conciliatory tone, saying that transit through Ukraine should be maintained, which is a stark departure from the not-so-veiled threats from last year, when Putin and Gazprom said that Europe should prepare alternative supply routes because Russia intended to abandon the Ukraine route once its transit contract with Ukraine expires in 2019.

On Turkish Stream, the pipeline meant to replace South Stream that was announced by Putin during his visit to Ankara last year, Putin said that the project’s fate was in the hands of the European Commission. Only if the EC offered written guarantees of support for the project would it go ahead, he said.

Russian business newspaper Kommersant interpreted Putin’s statement as the possible death knell for the project, whose future was already in question because Ankara refused to sign an intergovernmental agreement on it before getting a bigger discount of gas prices, even before the shooting down of a Russian war plane near the border with Syria strained relations between Russia and Turkey. (This would also force Gazprom to write off the billions invested by the company in expanding the gas grid in Southern Russia to pump the gas to the starting point of the pipeline, the newspaper noted.)

In recent months, Gazprom appears to have shifted focus towards the expansion of the Nord Stream pipeline in the Baltic Sea, which has encountered opposition from several Eastern European members of the EU, recently joined by Italy, according to reports in international media. The topic is expected to be discussed at the EU summit this week.

On Nord Stream and opposition to its expansion, Putin said: “We know that there were many countries opposed to Nord Stream-1, but, nevertheless, it was built, and built at just the right time.” 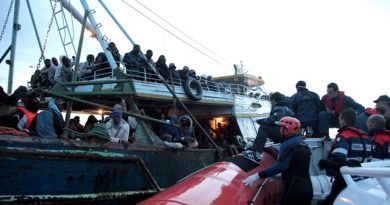