Bulgaria’s Prime Minister Boiko Borissov said on October 12 that he was hoping that US firm Westinghouse would make a new and improved proposal for a new nuclear power unit at the Kozloduy plant.

Speaking at a business luncheon marking the 20th anniversary of the American Chamber of Commerce (AmCham) in Bulgaria, Borissov said: “Westinghouse is a serious company and I hope that they come to Bulgaria on terms comparable to any other European country, with a clear plan on how much it will cost, when the investment will be recouped, how much the electricity will cost, who will provide financing and what reactors we will use.”

Last year, Westinghouse signed a shareholder agreement with the now-departed Plamen Oresharski administration just days before it left office, which was subject to approval by the Borissov government. However, talks between the two sides have failed to result in further progress and the agreement was allowed to lapse in April.

“They should not come with some memorandum whose fate in 10 years’ time is unclear. The American Chamber has its share of the blame in this. When you hear of these kind of things, you should react immediately, make it known whether you support the government or not,” Borissov said.

In a meandering address that repeatedly touched on energy sector issues, Borissov also touched on the criticism that he was willing to consider proposal put forward by local business associations demanding the nationalisation of two coal-powered plants, owned by private US investors.

AES Maritsa Iztok 1 and ContourGlobal Maritsa Iztok 3 are routinely blamed, in Bulgaria, for high electricity prices – they sell electricity at fixed prices agreed in a 25-year contract in 2001 – but the two plants agreed, earlier this year, to reduce the selling prices in exchange for state electric utility NEK paying its outstanding debts.

Borissov said: “You should not look only at your side, but see my problem as well, because this goes into the electricity meter of every Bulgarian and when we are not being transparent, doubts will arise.”

He contrasted his government’s dealings with US firms in the energy sector to the relationship with Russian companies, where NEK is currently in litigation with Rosatom following Sofia’s decision to cancel the construction of a nuclear power plant at Belene during Borissov’s previous term as prime minister. That was not the case when dealing with US companies because Bulgaria and the US were geopolitical and strategic allies, he said. 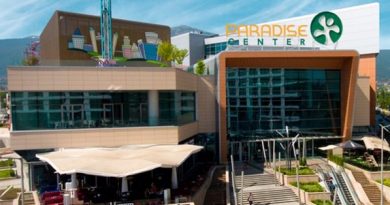