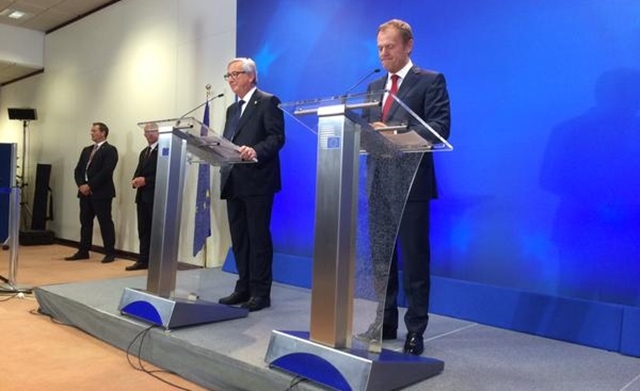 This emerged after a special emergency meeting of the European Council on September 23, called by council President Donald Tusk at the insistence of Austria and Germany, and held a day after a controversial vote by EU interior and justice ministers to approve a refugee redistribution scheme.

Beneficiaries of the EU aid pledged are foreseen as being refugees in Turkey, Lebanon and Jordan.

Tusk said after the meeting that additional border security services would be sent to “hotspots” in countries to help screen new arrivals. He said that special reception centres would be set up at these “hotspots” by the end of November. Reportedly, one of the countries willing to host a “hotspot” is Bulgaria.

European Commission President Jean-Claude Juncker described the talks as “excellent” and had taken place in a “better-than-expected atmosphere”, the BBC said, against a background of tensions over the EU ministers’ vote on September 22 to approve the quota scheme, which one of the four countries opposed to it, Slovakia, has said it would oppose in the European court.

Tusk said the aim of the September 23 EU summit had been to “end the public finger pointing” among EU countries, that have indulged in mutual finger-pointing amid the migrant crisis, that has seen the largest numbers of displaced persons on the continent since World War 2.

In messages on Twitter, Tusk said, “Measures agreed today are step in right direction; much work will be done before we meet again at October” and “Proper management & control of our external borders is our common responsibility; unfair to put all the burden on Italy or Greece”.

Tusk told reporters, “now the focus should be on the proper protection of our external borders, and on external assistance to refugees and the countries in our neighbourhood.”

The EU is to hold high-level talks with Turkish president Recep Tayyip Erdogan on October 5 on stemming the tide of refugees heading for the border with Greece.

“Recently I visited refugee camps in Turkey and Jordan and I heard only one message: we are determined to get to Europe. It is clear that the greatest tide of refugees and migrants is yet to come. Therefore we need to correct the policy of open doors and windows. Now the focus should be on the proper protection of our external borders and on external assistance to refugees and the countries in our neighbourhood,” Tusk told reporters.

“In light of this, leaders have agreed on increased help to Lebanon, Jordan, Turkey and other countries in the region. More assistance will be offered in exchange for reinforced cooperation. At least additional a billion euro will be mobilised for help to the refugees in the region via the UNHCR and the World Food Programme,” he said.

Tusk said that EU leaders had also agreed that the “current chaos at our external borders must end”.

“Proper management and control of our external borders is our common responsibility. It would be unfair to put all the burden on Italy or Greece or other countries. Therefore, we all agreed to offer help in every possible way, including cooperation on hotspots. Actually this is quite an important achievement because only a few days ago the topic of hotspots seemed very controversial. Today we had a good discussion and in the spirit of good cooperation all leaders agreed that hotspots will be set up by the end of November.”

The measures agreed at the September 23 meeting would not end the crisis, Tusk said.

“But they are all necessary steps in the right direction. We expect much work will already be done before we meet again at the October European Council. Tonight we have a common understanding that we cannot continue like we did before. Without changing the current paradigm the Schengen area will only exist in theory.” 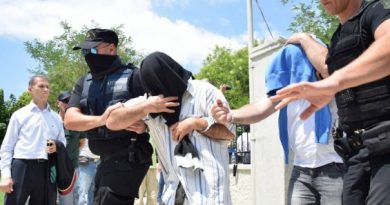