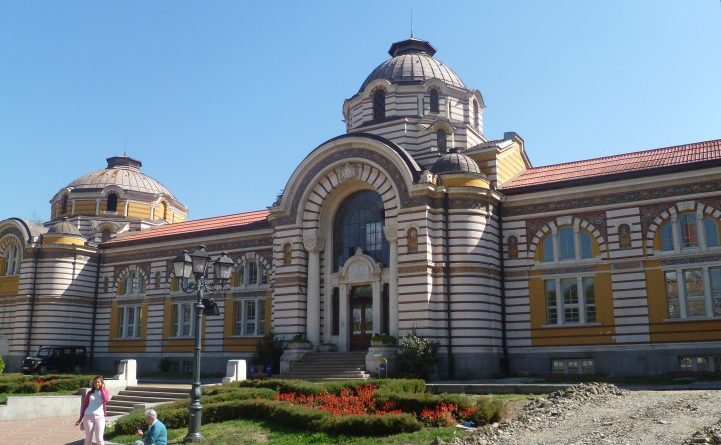 The Sofia History Museum has its long-awaited official opening on September 17 2015, with its halls showing exhibits from different eras in the building of the Bulgarian capital city’s former central mineral baths.

One of the halls has been set aside for temporary exhibitions.

The museum’s permanent exhibition chronologically includes the period from the Neolithic Era (sixth millennium BCE) to the 1940s. It is on display in 10 halls with a total exhibition area of 2300 sq. m., covering nine themes – Ancient Legacy (Archaeology), Fortitude of Spirit, Bulgarian Renaissance, Third Bulgarian Kingdom, A Sofia Street, State and Municipal Institutions, Home and Clothing of Sofia Residents, Cultural Life and Leisure of Sofia Residents, and a Memorial to the builders of the Municipal Mineral Baths building.

One of the most important points is the nomination of the town as the Capital of the Principality of Bulgaria back in 1879, and the subsequent decades until the beginning of the 1912-1918 Wars. This is the time when Sofia had been radically transformed in terms of demographic, economic, urban and cultural characteristics, and become a modern European capital, the museum’s website said.

Films about the history of the Bulgarian capital will be shown in a model of an old tram. Street lamps, a newspaper stand, a cafeteria and the Mercedes owned by Bulgarian King Ferdinand (1887-1918) are also among the permanent collection – as well as a golden carriage of Marie Antoinette, given to Ferdinand by his mother as a gift for his wedding with Marie Louise.

The museum was inaugurated in 1928. It was destroyed during the 1943 bombing of Sofia during World War 2 and it has taken many decades for the museum to be provided with a new home.

Bulgarian and Israeli governments to hold joint meeting in Jerusalem